A lot has been achieved in this regard

Gajendra Singh Shekhawat, Union Minister for Jal Shakti today stressed on the need for a people’s movement for protection of environment in general and conservation of water in particular. He was speaking during an event organized by National Mission for Clean Ganga (NMCG) to celebrate World Environment Day 2019.Shri Shekhawat said that  living in harmony with nature and worshipping its various elements has always been an integral part of our culture. He saidwe needto re- focus on these values and revive the reverence for nature so that protection of environment becomes part of our consciousness. Shri Shekhawat said that each and every individual should take responsibility for the crucial issue of water conservation and river rejuvenation. The Government's efforts alone will not be enough in this regard. The Minister further said that everyone should look at their own lives and see what they can do  for protection of the environment.

Shri Shekhawat  added that the commitment shown by Prime Minister Shri Narendra Modi and his government for cleaning of River Ganga since the launch of NamamiGange programme in 2014 has been remarkable. He added that a lot has been achieved in this regard and the Jal Shakti Ministry will take the work forward.

Also speaking on the occasion, the  Minister of State for Jal Shakti, Shri Rattan Lal Kataria gave an overview of the work  done under NamamiGange programme and congratulated the Ministry for bringing various stakeholders together in this event for the cause of Clean Ganga.

During the event, awards were given to the winners of Ganga Quest 2019, a month-long online quiz organized for awareness and knowledge dissemination about river Ganga. The quiz was launched on 22nd April 2019 (World Earth Day) and ended on 22nd May, 2019 (World Biodiversity Day) by NMCG in partnership with Wild Life Institute of India, Tree Craze foundation, GIZ and VA Tech WABAG. Schools under CBSE Board, NavodayaVidyalayas and other schools and academic institutions participated actively in the quiz competition and approximately 36,500 students/candidates participated in the competition from all corners of the country. The competition was done for four categories - upto class 8, class 8-10, class 11-12 and open for all. Prizes were also given away to schools with maximum participation.

Ganga Prahariswere also felicitated during the event. A cadre of self-motivated volunteers from the local communities, Ganga Praharis have been created by Wild Life Institute of India. These Praharis are working for biodiversity conservation and cleanliness of the Ganga River with the ultimate objectives of restoring the Nirmal and AviralDhara of Ganga. During Kumbh 2019 a group of Ganga Praharis did exemplary work which was recognized during the event.

During the event, a concession Agreement was signed for Howrah, Bally and Baranagar& Kamarhati STP projects under Hybrid Annuity based PPP mode for West Bengal. These are first set of projects awarded in the State of West Bengal under the concept of One City One Operator through Hybrid Annuity based PPP mode. The project includes development of three new STPs of total 165 MLD capacity – 65 MLD in Howrah, 40 MLD at Bally and 60 MLD at Baranagar& Kamarhati, rehabilitation of existing 22 MLD STP in Bally, laying of 16 kms of sewerage network, rehabilitation of existing pumping stations & associated infrastructure and Operation & Maintenance of entire assets for a period of 15 years.The Project has been awarded to VA Tech Wabag at a cost of Rs 592 Crore

Two books published by ‘Centre for Ganga River Basin Management and Studies’ on Biodiversity in Ganga River System and Improving conditions of water bodies in the vicinity of paper and pulp industries in Ganga River Basin were also released on the occasion, apart from two radio jingles on Water Conservation created by National Water Mission.

Secretary, Shri U.P. Singh and Director General, NMCG Shri Rajiv Ranjan Mishra along with other senior officials of the ministry were also present on the occasion. 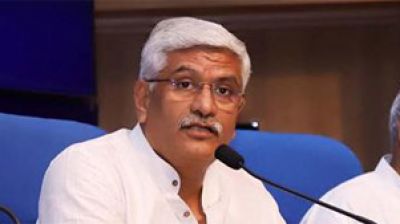 Government has not put up any such proposal

Issue is critical since future generations will be affected by... 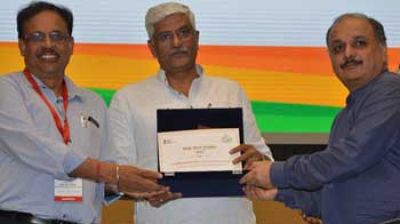 It is now time to turn the jal ka andolan... 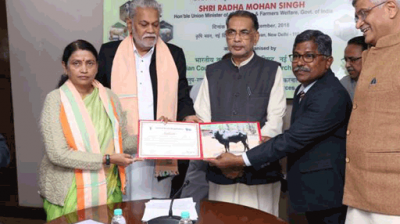 State Governments are responsible for disbursement of funds to the... 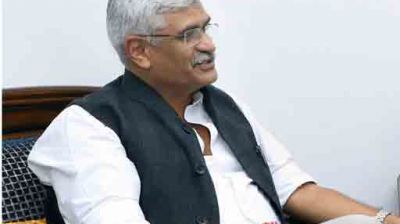 Shekhawat is leading the Indian delegation to 10th Global Forum...