The Prime Minister Shri Narendra Modi said Young India is not willing to procrastinate issues and is willing to combat separatism and terrorism.He was addressing the NCC Rally in Delhi today.

Urging the country to develop a youthful mindset and zest, Prime Minister Narendra Modi said that the problem of Jammu & Kashmir had been persisting for decades.

“The Problem of Jammu & Kashmir was persisting ever since the country attained its independence. What has been done for the solving the problem? “, he said.

He said, “About 3 to 4 families and political parties were not only interested in finding solution of the problem but also in keeping the issue unsolved”

“Government was made to stand as a mute spectator as lakhs of people were evicted from their homes in the state”, he said.

Referring to the Article 370, Prime Minister said it was meant to be a temporary arrangement but that continued for 7 decades owing to the vote bank politics of some political parties.

“Kashmir is the crown of the country and to pull it out of its turmoil is our responsibility”, he said.

Prime Minister also said that abrogation of Article 370 was aimed at solving long standing problem in Jammu and Kashmir.

He said, “Our neighbour fought three wars with us but our forces defeated it in all the wars. Now it is fighting proxy-war with us and thousands of ourcitizens are being killed”.

“But what was the thinking on this issue before. It was being looked at as a Law & Order problem”, he said.

Prime Minister said the issue was kept to linger on and the security forces were never given a chance to act.

“Today India is progressing with a  youthful thinking and mindset and hence it was able to launch surgical strike, air strike and directly attack the terror camps”.

Prime Minister said the result of these actions is that today there is an all-round peace in the country and that terrorism has reduced considerably. 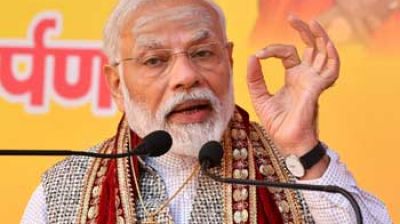 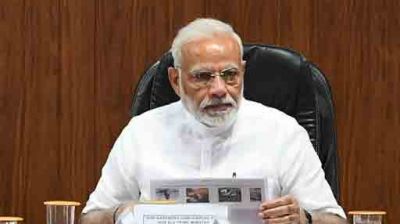