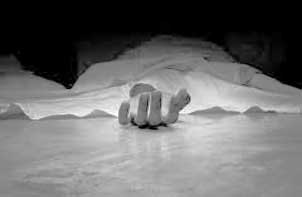 Worldwide condemnation of execution of political prisoners in Myanmar

The military toppled the government of elected leader Aung San Suu Kyi in February 2021 and has since been accused of carrying out extra-judicial killings of thousands of people. Malaysia’s Foreign Minister Saifuddin Abdullah, accompanied by UN Special Envoy on Myanmar Noelin Hejer, said: “We believe that this is a crime against humanity.”

He said the issue of execution of political prisoners in Myanmar would be discussed in the upcoming meeting of the Foreign Ministers of the Association of Southeast Asian Nations (ASEAN). This meeting is to be held in Cambodia in the next one week. Myanmar is also part of the influential ASEAN grouping. The group agreed to a five-point plan for Myanmar last year and is trying to implement it. Under this, dialogue between all concerned parties, provision of humanitarian aid, immediate stop of violence and special envoy to meet all parties. Abdullah said it appeared that the junta rulers of Myanmar were making fun of the five-point process.
Thousands of pro-democracy protesters in Bangkok demonstrated outside Myanmar’s embassy.

They raised slogans and waved flags despite heavy rain. One of the protesters said that dictators are using their power arbitrarily. The Myanmar government announced that it had executed a former National League for Democracy (NLD) MP, a pro-democracy activist and two others in connection with the violence that followed the military’s capture of power last year. Among them is Phyo Jeya Thaw, 41, a former MP from Suu Kyi’s party.

New Zealand’s foreign minister said, “Myanmar’s military rule has done a barbaric act.” New Zealand strongly condemns this. At the same time, Australia’s Foreign Minister Penny Wong said that she was ‘shocked’ by the execution of political prisoners. Australia opposes the death penalty for any person under all circumstances. Earlier, the European Union, Japan, Britain, the US, Canada, Norway and South Korea also condemned the execution of political prisoners in Myanmar in a joint statement. PLC/GT