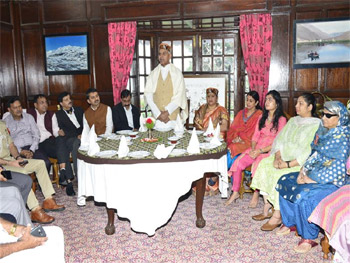 He said that he always worked for maintaining the dignity of the Raj Bhawan along with participation in the welfare activities for progress and development of the state.

The Governor said that he organized various public welfare campaigns in the state in natural farming, cleanliness, water and environment conservation, girls education, social harmony and got huge support from the state government and the people of the region.

Secretary to the Governor Rakesh Kanwar highlighted the work done by the Governor in the economic and social sector of the state and said that these works will give Himachal Pradesh a new direction.