Total Read - 69        Comments - 1
INVC,, Delhi,, It is indeed well said that the strength of a woman lies in her forehead and not in the forearm and a large number of woman craftspersons who are exhibiting their art in the 25th Surajkund Crafts Mela have become an epitome of this saying. Some of the most exquisitely hand crafted materials were on display in the Mela by these women. Traditional embroideries on hand woven fabrics, antique jewelleries, exclusive handicrafts and intricately designed paintings were exhibited by women craftspersons in the Mela. This worked as a platform to uplift the social status of women and provide them with an opportunity to demonstrate their skills. Shri R.H. Khwaja, Secretary Tourism, Government of India and Chairman, Surajkund Mela Authority visited the Mela today. He interacted with various craftspersons and learnt the intricacies of their arts and crafts. He also congratulated the organisers for successfully conducting the 25th Surajkund Crafts Mela. Justice Shri A.K. Patnaik, Supreme Court India, Shri Ranjiv Dalal, DGP, Haryana, Shri Jayesh Ranjan, Secretary Tourism, Andhra Pradesh, Shri V.K Agnihotri, Secretary General, Rajya Sabha and a delegation of 21 Members from Deputy High Commission, Sri Lanka also visited the Mela today. Work Hut no. 207 of Smt. Mati Geeta Mohan Mayekar was filled with colourful Batik paintings from Goa. A State Award winner, she has exhibited her art across the nation. Traditional women from Goa, Hindu deities and other mythological figures formed her inspiration. She stated that her art was more contemporary based on abstract and ethereal figures at times. She was excited to demonstrate her paintings and learn new arts as well. As a woman, she felt that her skills as an artist instilled confidence and gave a refreshing approach to her life. Similarly, the Work Hut no. 173 of Smt. Lila Kemp from Nagaland had mastered in tribal art. Her fine range of dry flowers was a hot favourite among the visitors. Made with natural seeds and bamboo sticks, each dry flower stick required a concentrated effort. Her craft has been appreciated with a State Award in 1996. She felt that a platform like Surajkund Crafts Mela gave her an opportunity to exhibit her craft among the patrons of art lovers. She added that this podium generated self employment and made her more self dependent. Smt. Lila Kemp exemplified and served as an inspiration for many tribal women. Such initiatives uplifted the socio-economic status of the north-east region, she commented. Aisha Sadeqi of Afghanistan in the SAARC enclosure displayed antique jewellery with precious and semi precious stones. She had hand embroidered traditional kaftans and suits reflecting Afghani culture. She has been in the handicrafts business for 25 years now and has exhibited her crafts in Dubai, China and Russia. She has a number of Afghani women working under her and learning the art of weaving and stitching. She stated that such training made them self dependent and less vulnerable to the patriarchal society.  Other than generating income, her initiatives also acted as a custodian of their cultures and craft. The fascinating works by these women has attracted a lot of buyers and art lovers at the Surajkund Crafts Mela which has become a national venue. Their crafts are artistic expressions of their emotions and sometimes the only form to convey their feelings. Surajkund has always held a mirror to their expressions in the form of arts and crafts besides providing a source to generate income. Nonetheless, it has become a hub to hundreds of women across the country to converge their art forms on a common platform. [caption id="attachment_22876" align="alignnone" width="226" caption="Surajkund Crafts Mela"]

Luxury brands cater to a niche audience, which was the... 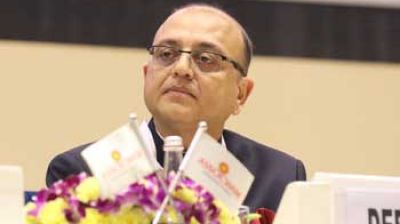 This domain appears to get a large ammount of visitors. How do you get traffic to it? It gives a nice individual spin on things. I guess having something authentic or substantial to talk about is the most important thing.