Withdrawal of Monsoon from Northwest India Towards End of this Month

Total Read - 77        Comments - 24
INVC,, Delhi,, Rainfall activity may increase over the peninsular India and it may decrease over other parts of the country during next week. Withdrawal of the monsoon this year is not likely during next one week in the country. Due to north-south oscillation of monsoon trough and its interaction with western disturbance, enhanced rainfall activity with isolated heavy to very heavy falls would occur over the western Himalayan region and adjoining plains of northwest India during 1st half of the next week and decrease in intensity thereafter. Enhanced rainfall activity over northeast India and many parts of east India will continue during many days of this week starting from tomorrow. Fairly widespread rainfall activity with isolated heavy falls is likely over central India during 1st half of the next week and decrease considerably thereafter. There is possibility of isolated to scattered rainfall activity over remaining parts of the country. A low pressure area over west central and northwest Bay of Bengal and adjoining coastal areas of Orissa and north Andhra Pradesh and a western disturbance as an upper air system over north Pakistan & adjoining Jammu & Kashmir prevails as per current synoptic conditions of today. During the week ended last Wednesday, normal/excess rainfall activity has occurred over all the homogeneous regions. Seasonal rainfall departure from long period average (LPA) for the country as a whole has further increased on the positive side and has become +2% up to 15 September. All India rainfall during 01-15 September was 22% above the LPA with excess rainfall activity over all the homogeneous regions except east & northeast India, where the rainfall is near normal with 9% below LPA. Last week’s ( 09-15 September)low pressure area over west Madhya Pradesh and neighbourhood moved across Kutch & west Rajasthan and finally merged with monsoon trough on 12 September. However, upper air cyclonic circulation lay over north Rajasthan & neighbourhood on 12 & 13 September and lay over Haryana & neighbourhood on 14 September and became unimportant on 15 September. Axis of the monsoon trough oscillated north-south of its normal position during the week. Offshore trough along the west coast persisted during many days of last week. During last week, rainfall was 19% above LPA over the country as a whole with normal/excess rainfall over all the homogeneous regions. Out of 36 meteorological sub-divisions, rainfall was excess in 17, normal in 11, deficient in 07 sub-divisions and scanty in 01 (North Interior Karnataka). In area-wise distribution, 45% area of the country received excess, 25% normal, 28% deficiently and 02% scanty rainfall. The cumulative seasonal rainfall for the country as a whole from 01-15 September has been 122% of the LPA with normal/excess rainfall over the all the four homogenous regions against the forecast of 115 ± 15 % for the month. The cumulative seasonal rainfall for the country as a whole during this year’s monsoon upto 15 September has so far been 2% above the LPA with normal/excess rainfall over all the meteorological subdivisions of central India and south Peninsula. All the meteorological subdivisions of northwest India except east Uttar homogenous regions also received normal/excess rainfall. Out of 36 meteorological subdivisions, the rainfall has been excess over 14, normal over 17 and deficient in 05 sub-divisions. In area-wise distribution, 85% area of the country received excess/normal rainfall. 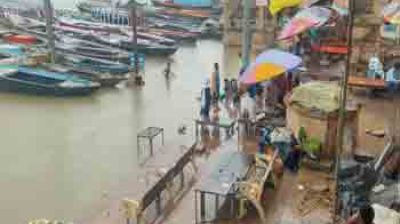 Great Blog... Excellent weblog here! Additionally your web site lots up fast! What host are you the use of? Can I am getting your affiliate link on your host? I desire my web site loaded up as quickly as yours lol...

Move Quick... You should check out this good information which I ran into....

Sources…... [...]check below, are some totally unrelated websites to ours, however, they are most trustworthy sources that we use[...]……...

Recommeneded websites…... usually posts some very interesting stuff like this. If you’re new to this site...

Where to go on vacation... [...] Choosing Where to Go on Vacation can at times be very challenging considering that there are so many travel destinations advertised for everyday on the internet and other mediums. [...]...

Toenail removal care... [...] After a successful toenail removal, it’s very important to give it the right care so you will get no complications and have a fast recovery. [...]...

Taylor T5... [...] Taylor T5 is a line of guitar manufactured by the leading manufactures of acoustic, electric and acoustic electric guitars. [...]...

Eloquent... Stirring word choice in this post. I reflected on whether I was reading Groucho Marx....

Goosebumps... Can anyone believe it, I got goosebumps from the incredible blog post....

A real kick... I love the writing but there is quite a bit of advertising on this site....

Tumblr article... I saw someone talking about this on Tumblr and it linked to...

News info... I was reading the news and I saw this really cool info...

On your blog, I found what I was looking for. Thank you and invite on my page.

I'm extremely impressed with your writing skills as well as with the layout on your blog. Is this a paid theme or did you modify it yourself? Either way keep up the nice quality writing, it is rare to see a great blog like this one these days..

I was suggested this website by my cousin. I'm not sure whether this post is written by him as no one else know such detailed about my trouble. You're incredible! Thanks!

Thank you so much for providing individuals with an extraordinarily nice opportunity to read articles and blog posts from here. It can be very sweet and as well , stuffed with a good time for me personally and my office acquaintances to visit your site at the very least 3 times per week to see the newest things you will have. And definitely, I am actually contented with your striking suggestions you give. Some two facts in this posting are in reality the most efficient I have ever had.

I've just study the facts provided in this site. I must say My name is exceedingly bedazzled while using the valuable of written content. It has us a a lot of insight when it comes to my expertise. I d been don t know this before within my subsistence. Say thanks due to this. I'm looking forward for added upgrades. Sustain the excellent deliver the results.

It’s hard to find knowledgeable people on this subject, but you sound like you realize what you’re speaking about! Thanks

There are a lot of strange comments on here.