INVC NEWS
Mumbai, India’s largest social gaming platform, WinZO has partnered with the France based global gaming giant, Gameloft to help them catalyse their reach and revenue in Indian vernacular markets. Gameloft is a global market leader in casual gaming and has over 150 massively popular titles, such as Asphalt 9 and other action & racing games, garnering over 1.2 billion downloads worldwide. Understanding the merit in increasing vernacular reach, Gameloft will leverage WinZO’s 65 million+ user base to improve monetization in India. Gameloft in order to further distribute to the deeper parts of the country will leverage WinZO’s users, based in India’s tier 2 to tier 5 markets, 80% of whom are consuming the games in non-English languages.

India accounts for 12% of downloads, translating into approx. 150 million users, but accrues only a meagre 0.6% of their global revenue share making it a high potential market and an underutilised one. For Gameloft, this is a challenge that WinZO is strategically positioned to help solve and aid. As a part of this collaboration, WinZO will also be offering it’s platform’s capabilities such as streaming, gaming formats, and WinZO Store to drive Asphalt 9’s revenue. This serves as an apt opportunity for Gameloft to better monetise the vast engagement coming from the region.

Apart from hosting over 80 games in 12 vernacular languages and multiple formats, WinZO facilitates more than 2.5 billion micro-transactions per month. The platform also has an in-app marketplace, WinZO Store, that facilitates the sale of in-app currencies at the lowest commissions compared to any conventional app stores such as Google Play Store, Apple Play Store amongst others. WinZO has quickly emerged as a new avenue of distribution for game developers who have been concerned about the hefty commissions charged by other dominant app stores. Over 300 game developers who have integrated their games on WinZO have benefitted from WinZO’s unique and innovative integration methodology that promises a 100X revenue when compared to alternative revenue sources.

This collaboration will also see WinZO deploy its strong influencer base to increase user awareness and penetration regarding Gameloft’s global titles. Mobilization of this captive regional influencer base will create localized content around these titles, which would potentially garner 1 Billion + impressions. Content specific to these titles will be live streamed in 12+ languages with an eventual target to drive sales and run live deals.

Commenting on the new association, Paavan Nanda, the CEO & co-founder of WinZO said, “WinZO is glad to have partnered with yet another world-class publisher Gameloft to help them leverage our strong market presence and its deep understanding. More than 60% of our 65 million+ user base are premium paying users which makes us well positioned to help big global companies to increase their presence in India’s booming vernacular gaming market. Today, India is at the forefront of the global gaming scenario and considering that we are at the cusp of this opportunity we believe we can ably leverage our tech and market capabilities to tap this boom and make it noticeable on the global grid.”

This partnership comes ahead of WinZO’s recent partnership with another France based casual gaming major- Voodoo to bring two of their most popular titles Crowd City and Dune on WinZO. WinZO is known for its innovative micro-transaction model which is a proven success in developing markets like India where the propensity to spend over gaming is considerably low. WinZO constantly works towards development of Indian Gaming Ecosystem towards which they recently announced the launch of The Gaming Lab initiative in collaboration with marquee investor Kalaari Capital, asides its standalone Game Developer Fund-III of $20 million. 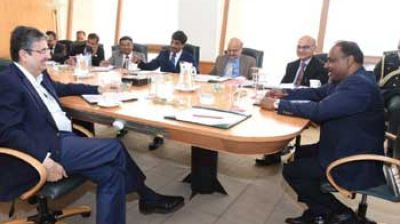 Competition Commission of India approves acquisition of shares in Sutherland...

UpGrad expands its university network; partners with Caltech and Fullstack... 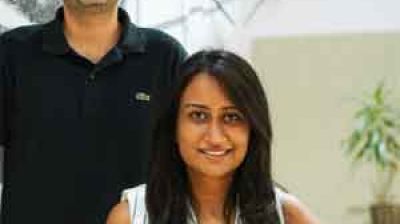 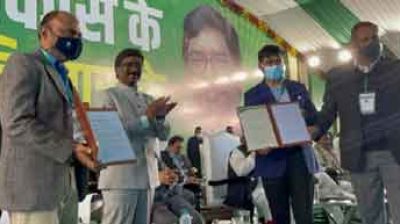 CM Soren pitches in leading B- school to develop forest...