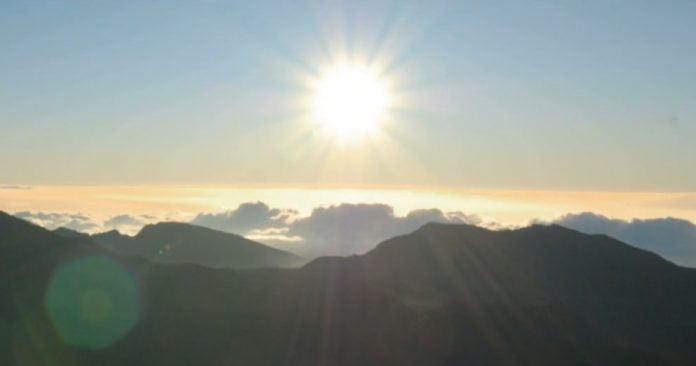 In early August, the 12-member Concordia Research Station crew was delighted when they saw the light of the sun four months later. Finally, after four months in Antarctica, the winter ended and the weather changed. The emergence of the sun is important for scientists in many ways. The sun had set here in May this year and scientists were eagerly waiting for it to rise again. Antarctica is to the south and the sun’s emergence here is considered to be a major event.

This information has been given by the European Space Agency by writing a blog and sharing photographs. Dr. Hans Hagson, sent by the space agency, has shared a photograph of this beautiful view from the main door of the station. The sun came out here on 5th August and Hagson clicked the photograph only then. He wrote, ‘Time is very strange here and it passes fast and at the same time it also becomes very slow.’ He further wrote, ‘Within just two days we were expecting the sun to rise in the south. The return of the morning light has definitely given us a reason to smile and now the last phase of this adventure is about to begin.

Winters in Antarctica are very harsh and the temperature drops below -80 degrees. There is no light at all and complete darkness is enough to make anyone panic. The crew has to work hard to keep themselves busy in winters. A program called Mid Winter is organized in June and Winter Games are held in July.

The crews of all the stations in Antarctica participate in many games and friendly competitions. The sunrise in August is special in many ways. Now scientists can do many types of research here. Along with this, a film festival is also to be organized here. The research to be done is especially related to biomedical. PLC/GT

A day out shopping in Bahrain Where to go and what to buy!

Nobu hospitality’s debut pool and beach club, Nobu by the beach is set to open at atlantis the royal in q1, 2023