Last-mile Govt. measures can make all the difference to Festive Season 2019

The Indian festive season, ushered in by Ganesh Chaturthi, has begun and investment decisions are being made. For homebuyers, this period is both auspicious and opportune to buy homes because real estate developers inevitably roll out attractive incentives - either in the form of price reductions, money-saving opportunities like waived stamp duty and registration charges, or 'white goods' like furnishing and household electronics - to attract genuine buyers.

This year, the government has already done a lot of the heavy lifting when it comes to sweetening the deal for homebuyers. The slew of measures announced over the past two weeks, primarily to boost consumption, have both direct and indirect benefits for homebuyers and have already set the stage for the last quarter of the calendar year to witness increased housing sales. These measures alone will result in housing sales increasing by between 5-7% in Q4 2019.

So far, the policy-induced impetus will primarily attract end-users - buyers looking to purchase homes for their personal use. However, it is no secret that end-user sales alone will not suffice to revive an industry which has historically depended on healthy investor activity to drive sales momentum. With this in mind, the government is expected to come up with additional exclusive measures for the real estate sector – expected anytime soon – then it could boost the confidence of investors too.

Traditionally, the festive quarter fares better than the previous quarters of the year when it comes to housing sales - the combination of religious sentiment and festive deals and freebies is a potent mix during this part of the year. For instance, Q4 2015 saw 70,000 homes sold in the seven major cities. However, as tempting as it was for developers to believe that this was an unshakeable performance standard, it was certainly shaken just a year later. After demonetization (DeMo) was announced in this critical quarter in 2016, housing sales halved to 32,100 units.

The implementation of RERA in early 2017 set the stage for another about-turn, with the last quarter of 2017 witnessing a 44% surge in housing sales. This trend was fortified in the festive season quarter of Q4 2018 with 69,900 units sold in this period.

Over the years, the religious aspect of increased home buying sentiment in the festive season has waned to some extent. However, the festive freebies and discounts doled out by developers have lost very little of their intrinsic allure. True, the previously popular subvention schemes have been eliminated by the NHB, but this fact also paves the way for generous festive discounts and add-on attractions.

India is a highly diverse real estate marketplace - consequently, what works in some cities doesn't necessarily work equally well in others. Each of India's top real estate markets has its own trends for developers seeking to harness tradition-fuelled homebuyer sentiment:

MMR: This key region currently has unsold inventory to the tune of 2.24 lakh units collectively worth INR 2.54 lakh crores, and there are several attractive deals on offer. Not surprisingly, given the expensiveness of property here, one of the most popular festive offers in MMR is waiving off of GST and stamp duty and registration charges - top on the list of developers. This effectively amounts to a direct discount of between 5-12% of the overall property cost.
Pune: MMR's immediate neighbour currently has unsold housing inventory of 92,800 units collectively worth approx. INR 56,800 crores. While Pune has relatively lower property prices, this is also a very cost-sensitive market since the city's median annual family income is significantly lower than in Mumbai. Again, it's not surprising that waived GST and stamp duty and registration fees are the most popular festive season incentives in Pune.
NCR: With more than 1.18 housing units collectively worth INR 82,200 crores completely stalled in NCR, the average buyer sentiment here is not exactly upbeat. However, this region has also been a direct beneficiary of judicial intervention on behalf of homebuyers and also has several strong developers with viable projects. In NCR, such developers are doling out discounts by way of GST and stamp duty/registration charges waivers and some are even topping it up with free car parking, clubhouse membership and miscellaneous gifts like modular kitchens.
Bengaluru: India's Infotech capital currently sits on 64,680 unsold housing units cumulatively worth INR 47,780 crores. A unique aspect of Bengaluru's festive season incentives to homebuyers is that developers offer either up-front cash discounts or flexible payment options. A small handful of projects have direct cash discounts of up to Rs. 5 lakhs during the festive season. Flexi-payment options (entirely funded by developers since banks no longer participate in such schemes) like an up-front payment of 10% with no further payments for the next 15-18 months can also be found in Bengaluru.

We must ensure that habitats are not destroyed to make...

Bridges are the lifeline of any nation and play a... 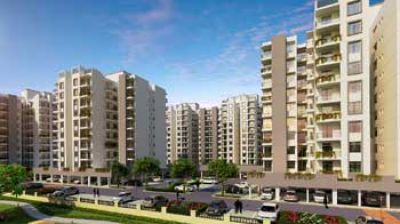