Haryana Home and Urban Local Bodies Minister Mr Anil Vij has directed the department officials to ensure that five basic facilities including electricity, water, road, drain (drainage) and cleanliness, should be provided to the people of the state on priority basis.

The Urban Local Bodies Minister was presiding over a review meeting with the department officials today.

While giving directions to the officers, Mr Vij said that the street lights should be installed in all the areas, cities and towns under the Urban Local Bodies Department with immediately so that people do not face any inconvenience at night.

Apart from this, orders have also been given for providing proper drinking water, proper drainage and complete sanitation and hygiene.

Meanwhile, the Minister has further directed the officials to ensure better traffic management in the State, providing clean water and clean roads in all the cities and towns.

The Urban Local Bodies Minister said that providing all the basic needs to the State people should be the department's priority and therefore, the officers should always work for the upliftment of the State people.

He said that a mobile app will be developed for the State people, in which any citizen can upload the photograph of garbage and poor cleaning in their areas. With the citizens can even upload photographs of faulty street lights, broken roads, a poor drainage system and the details of the houses without having proper drinking water facility.

Mr Vij said that if the complaints are not resolved in the stipulated time period then the heavy penalty will be imposed on the contractor or the people concerned.

Mr Vij said that for regular and timely attendance of employees in his department, the attendance of all regular, contract and contract employees will be punched through the biometric system.

He said that this attendance record will also be linked to the e-salary of the employees so that action came be taken against the employees coming late to office and remaining absent from the job.

He said that online facility will be made available for redressal of complaints of people. Apart from this, the material of construction sites will be tested in a minimum of two laboratories. He said that any contractors who are found using poor quality material will be blacklisted. 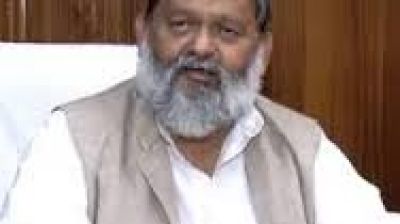