Will be able to take care of the demand

The Union Minister for Chemicals and Fertilizers, Shri D.V. Sadananda Gowda has allayed apprehensions of Urea shortage in Madhya Pradesh.

“There has appeared certain news regarding shortage of urea from some part of Madhya Pradesh. The news of urea shortage does not match up with the actual data. We have ensured that sufficient quantity of urea is available across the country including Madhya Pradesh during current Rabi season till date”, he said here today.

Madhya Pradesh State Minister of Farmers’ Welfare and Agricultural Development, Horticulture and Food Processing, Shri Sachin Subhash Yadav called on Shri Gowda today and thanked him for the continued support extended by the Central Government in ensuring availability of urea.

“I spoke to the Chief Minister of Madhya Pradesh yesterday regarding this issue, and conveyed him that sufficient quantities have already been made available in the State. I also assured him that 15 urea rakes are in transit for MP which will reach the State in next 2-3 days. This will be able to take care of the demand”, said Shri Gowda.

Shri Gowda said the current crisis may be due to the problems at ground level distribution network. “Recently the State Government has decided to distribute 80% of urea through Cooperatives and 20% through private dealer network. This ratio was previously 50:50”, he said. It is understood that due to this decision there is a heavy rush at the state Markfed outlets which is being reported as shortage.

“The distribution of urea within the State is responsibility of State Agriculture Department, the mandate of DoF (Department of Fertilizers) is to ensure overall availability at State level. Nonetheless, we will continue to work with the State Government in every possible way to ensure that farmers get adequate amount of urea on time”, he added.

The Minister said urea availability in the State of Madhya Pradesh is comfortable. “The same has also been reported upon by representatives of State Government during recent weekly video conferences with officers of my Department”.

During current month of December, as against monthly requirement of 4.25 Lakh Metric Tonnes (LMT) assessed for Madhya Pradesh, availability of 7.08 LMT has been ensured till December 11, 2019. This also includes opening stock of 5.80 LMT at the beginning of December. As on date, the DBT sales registered during December month are 2.98 LMT and the closing stock available in the state is 4.10 LMT.

Shri Gowda said he has assured Madhya Pradesh Chief Minister Shri Kamal Nath that the additional demand for Urea will also be met.

The present Rabi season in Madhya Pradesh started with a comfortable urea opening stock of 5.96 LMT [which was more than the 1/3rd of the total seasonal requirement of the state (Source: DoF dashboard www.eurvarak.nic.in). Against the urea requirement of 10.12 LMT till date, the availability ensured by DoF is 14.23 LMT till date.

To address the peak demand during the current month, the DoF ensured that the supply plan for the month of December was issued before the beginning of the month, well in advance. The Fertilizer companies have been advised to ensure urea dispatches on pro-rata basis to fulfil the field demand. The Railways have given priority to urea movement from the ports. In case of Madhya Pradesh, nearly 85 urea rakes have been dispatched from plants and ports.

“Further, 15 rakes of urea are in transit which are likely to reach the state in 2 to 3 days. Department of Fertilisers has ensured that availability always exceeded requirement”, Shri Gowda said.

It is worth mentioning that during Kharif 2019 season, nearly 0.80 LMT more urea than the requirement was supplied to the state of Madhya Pradesh to ensure a comfortable urea position in the State at the beginning of Rabi season.

In the various weekly Video conferences, the State was impressed upon to pre-position the stocks to address the peak demand of Rabi season. An advisory to all the States including Madhya Pradesh for pre-positioning of Urea during lean period was issued through D.O. letters from the Union Minister of Chemicals & Fertilizers to Chief Ministers of all States.

During the ongoing Rabi season, the DoF has been issuing the monthly supply plans well in advance and the companies have been advised from time to time to supply the fertilizers as per the agreed supply plan. DoF is in regular touch with the state Agriculture Department of Madhya Pradesh and monitoring urea availability on a day to day basis. The State of Madhya Pradesh throughout the Rabi Season is reporting comfortable Urea availability during day-to-day interaction and specially during the weekly video conferences.

There is  no scarcity of fertilizers across the country during...

Imports from China are mainly due to economic considerations 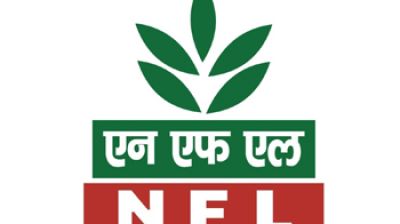 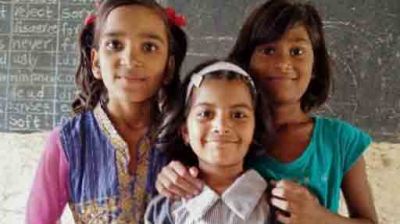 28 million girls are reported to be leaving education because... 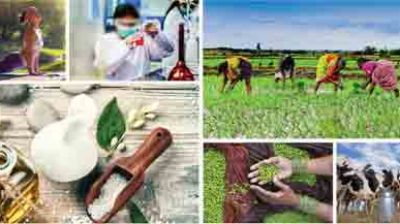