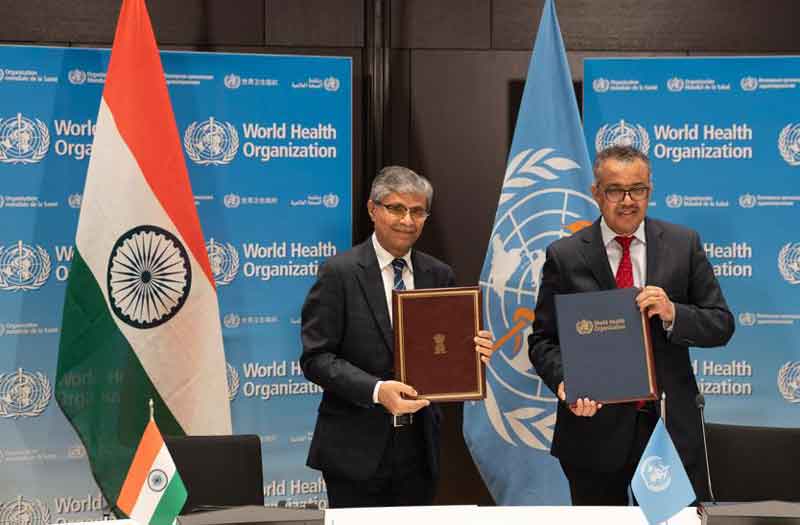 Ministry of Ayush has signed the Host Country Agreement with World Health Organization (WHO) for establishing WHO Global Centre for Traditional Medicine in India at Jamnagar, Gujarat, with its interim office at the Institute of Training and Research in Ayurveda (ITRA) in Gujarat. This Centre will be supported by an investment of about USD 250 million from the Government of India. The primary objective of GCTM is to harness the potential of traditional medicine from across the world through modern science and technology and improve overall health of the communities’ world over.

The Agreement was signed on 25th March in Geneva by Vaidya Rajesh Kotecha, Secretary, Ministry of Ayush and Director General, WHO Dr. Tedros Adhanom Ghebreyesus. Last month, the Union Cabinet had approved the establishment of the Centre.

Prime Minister Shri Narendra Modi in his message for the historic event said, “It is heartening to learn about the signing agreement for the establishment of Global Centre for Traditional Medicine. Through various initiatives, our government has been tireless in its endeavour to make preventive and curative healthcare, affordable and accessible to all. The global centre at Jamnagar will help in providing the best healthcare solutions to the world.” 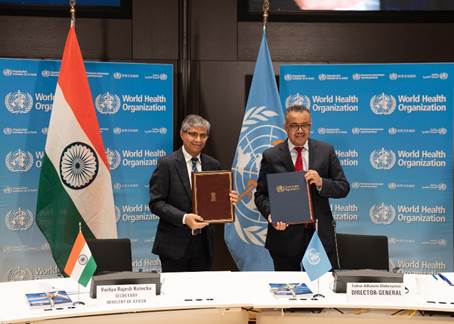 On this occasion the Minister of Ayush Shri Sarbanand Sonowal said that his Ministry has got this pride due to the initiative and efforts of our illustrious Prime Minister Shri Narendra Modi. He further said that the centre will bring far-reaching benefits and reputation to traditional medicine systems around the world. He also said that this initiative will go a long way in helping the whole of humanity to get affordable and reliable health services. He informed the centre will bring availability of better system to connect with the latest scientific methods.

Highlighting the importance of Government of India initiative, the Director-General of WHO Dr Tedros Adhanom Ghebreyesus said that harnessing the potential of traditional medicine by drawing on modern science and principles of equity and sustainability will be a game changer for health in the 21st century.

GCTM will be the first and only Global Centre (office) for traditional medicine across the globe. It will focus on building solid evidence base for policies and standards on traditional medicine practices and products and help countries integrate it as appropriate into their health systems and regulate its quality and safety for optimal and sustainable impact.

Traditional medicine is a key pillar of health care delivery systems and plays a crucial role in maintaining good health and well-being not only in India but across the world. In recent year, traditional medicine therapies have also seen a major transformation as usage of artificial intelligence, technological innovations have made it more accessible to masses.

With adoption of modern technologies, the Artificial Intelligence (AI) is now being used to map evidence and trends in the traditional medicine and to screen natural products for pharmacokinetic properties. WHO-GCTM is designed to engage and benefit all the regions of the world.    Groundbreaking ceremony will take place on 21st April, 2022 in the august presence of Prime Minister Shri Narendra Modi.