What made Gandhiji wear only Loincloth or Dhoti

Ninety-five years ago on 22nd September 1921, Gandhi made a momentous decision to change his attire. From the elaborate Gujarati attire, he decided on a simple dhoti and shawl. This epoch-making decision was taken by Gandhiji in Madurai after he decided that he has to work for and with the with the poor people of India and how can he identify with them if he wears different clothes from them. He stuck to this dress code even on his trip abroad and until his very last moment! And he never regretted his decision as he writes:

“All the alterations I have made in my course of life have been effected by momentous occasions; and they have been made after such a deep deliberation that I have hardly had to regret them. And I did them, as I could not help doing them. Such a radical alteration — in my dress, — I effected in Madura.”

Gandhiji’s desire to identify himself with the poor masses was not a momentary decision. He had been contemplating about it for a long time. On two earlier occasions, he had thought of donning the common man’s clothes but it was ultimately in Madurai (Tamil Nadu) where he finally took the plunge of adopting the attire of a poor peasant. He remarked later that it was Madurai that gave him the necessary strength to take a decision on his clothing though, on a couple of occasions earlier, he came closer but could not fully adopt this attire. The Mahatma said Madurai gave him necessary strength to shed his traditional attire for ‘loincloth’ at last.

Gandhi describes the incident that forced him to shed his formal attire: “On the way (from Madras – now Chennai - to Madurai by train) I saw in our compartment crowds that were wholly unconcerned with what had happened. Almost without exception they were bedecked in foreign fineries. I entered into conversation with some of them and pleaded for Khadi. …. They shook their heads as they said, 'We are too poor to buy Khadi and it is so dear.' I realized the substratum of truth behind the remark. I had my vest, cap and full dhoti on. When these uttered only partial truth, the millions of compulsorily naked men, save for their langoti four inches wide and nearly as many feet long, gave through their limbs the naked truth. What effective answer could I give them, if it was not to divest myself of every inch of clothing I decently could and thus to a still greater extent bring my­self in line with ill-clad masses? And this I did the very next morning after the Madura meeting."

This thought travelled along with him during his train journey down to Madurai where, on 22nd September 1921, Gandhi once for all decided upon a simple dhoti and a shawl. He was staying in the upstairs portion of a follower’s house (Door No. 251) on West Masi Street in Madurai. That was his second visit to that city; later, he visited it thrice. As he came out on that morning to proceed to Ramand (Ramanathapuram) and further down to Tirunelveli, he appeared in a new avatar with a telling fashion statement, if one can call it so! Fittingly, the same house is now occupied by the Khadi Emporium!

As he proceeded on his travel itinerary from Madurai, he was forced to stop en route to accept peoples’ greetings. And the place where he appeared first in public in his new loincloth attire is now called ‘Gandhi Pottal (open ground). A humble statue of Gandhi stands there just across Alankar Theatre on Kamarajar Road in Madurai.

However, Gandhiji did not want everyone to follow his simplistic dress style. He wrote in Navajivan: “I do not want either my co-workers or readers to adopt the loincloth. But I do wish that they should thoroughly realise the meaning of the boycott of foreign cloth and put forth their best effort to get it boycotted, and to get khadi manufactured. I do wish that they may understand that swadeshi means everything.”

This kind of drastic change in attire brought him both bouquets and brickbats and also some raised eye-brows. An interesting anecdote is the reluctant invite to afternoon tea at Buckingham Palace by King George V to Gandhi and all Indian delegates to the Round Table Conference; reluctant, because Gandhi’s poor man’s dress was simply against the court etiquette. But Gandhi was also equally adamant by pre-announcing that he would not re-clothe even to meet the King. His stand was simple that the Indian poor were still naked because of Britain. Later, when asked if he was not wearing enough clothes to meet the King, Gandhiji is reported to have famously remarked, “The king had enough on for both of us”. There could not have been a better riposte.

‘Only a few days are left for us to complete the boycott of foreign cloth enjoined by the All-India Congress Committee. …… Millions are too poor to buy enough khaddar to replace the discarded cloth. To them I repeat my advice given on the Madras Beach.  Let them be satisfied with a mere loin-cloth. In our climate we hardly need more to protect our bodies during the warm months of the year. Let there be no prudery about dress. India has never insisted on full covering of the body for the males as a test of culture. I give the advice under a full sense of my responsibility. In order therefore to set the example I propose to discard at least up to the 31st of October my topi (cap) and vest and to content myself with only a loin-cloth and a chaddar (shawl) whenever found necessary for the protection of the body. I adopt the change because I have always hesitated to advise anything I may not myself be prepared to follow, also because am anxious by leading the way to make it easy for those who cannot afford to change on discarding their foreign garments. I consider the renunciation to be also necessary for me as a sign of mourning and a bare head and a bare body is such a sign in my part of the country. That we are in mourning is more and more being borne home to me as the end of the year is approaching and we are still without Swaraj. I wish to state clearly that I do not expect co-workers to renounce the use of vest and topi unless they find it necessary to do so for their own work. ‘

Indeed, the Mahatma followed what he preached! That is the reason his life – an open book – is by itself a message.

Independent journalist based in Chennai. 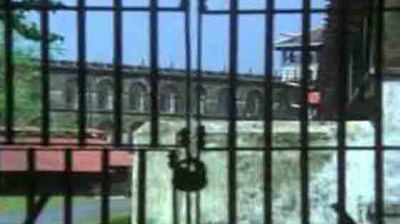 Cellular Jail – An Embodiment of Sacrifice