Home Research & Analysis Businesses R & A Wearing a helmet decreases the risk and severity of injuries by 72... 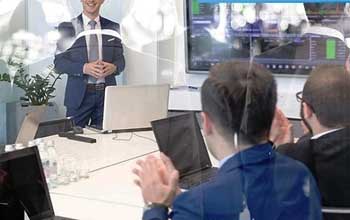 Two Wheeler Helmet Manufacturers Association which has been proactively taking up the matter of helmet safety in India is totally against the move of the Gujarat Government to make use of helmet optional for the riders while riding in the city.

The association claims that this move of the Government can surely lead to a major increase in the numbers of deaths taking place due to road accident.

Commenting against the move  Gujarat Government, Mr Rajeev Kapur, President, Two Wheeler Helmet Manufacturers Association said, “Wearing a helmet decreases the risk and severity of injuries by 72 % and the likelihood of death by up to 39%. We believe wearing a helmet while riding a two wheeler is of utmost importance & the move of the Gujarat Government can put life of many in danger. As it is mentioned that the decision is temporary, we request the Central & Gujarat Government to make helmet mandatory while riding a two wheeler, no matter what the location is.

According to the latest road accident report by the transport ministry of the year 2018,  out of a total number of 48,746 two wheeler riders who were killed during a road accident, nearly 43,000 riders were not wearing helmets.

“Talking specifically about Gujarat, the numbers of deaths have increased by 10 times. Wearing helmet & making it mandatory PAN India while riding a two wheeler is the need of the hour, most importantly an ISI certified helmet”  Added Mr Rajeev Kapur

“ The motive & the major concern for the Association, Supreme Court Committee, Ministry of Road & Highway is the road safety. The aim is to decrease the injuries & death which happen due to road accidents. The lives of the people who ride two wheelers can only be saved when we make the use of helmet mandatory PAN India”. Concluded Mr Kapur.

“As per UN, wearing a good quality motorcycle helmet (Standardised) can reduce the risk of death by ±39% and severe head injury by >72%. The data depicts that making helmets “Optional” will surely increase the number of fatalities amongst the two wheeler riders” said Ms. Rajni Gandhi a Road Safety Activist , who also is G. sec of Trax and Director of Indian Alliance of NGOS for road Safety

In India approximately 300000 people died on Road accidents as per WHO Global status report 2018. These are official recorded numbers and in total will be 4 times more as all accidents never get reported and recorded.

The Two Wheeler Helmet Manufacturers Association is in high spirits to make the use of helmet mandatory in Gujarat no matter whether it is within the city or on highways.

Blanket Donation Campaign 2022 : Needy can get free blankets from here