INVC NEWS Shimla, There is much to do when it comes to rebuilding and protecting what’s left of natural resources and the biodiversity within our ecosystems. Environmental conservation is an umbrella term that defines anything we do to protect our planet and conserve its natural resources so that every living thing can have an improved quality of life.

This was stated by Chief Minister Virbhadra Singh while presiding over Himachal Pradesh Environment Leadership Award-2017 here today. The function was organized to honour the institutions, organizations and individuals who have done commendable job in protecting the Flora and Fauna and initiated steps towards preservation of environment voluntarily without any financial assistance.

The Chief Minister said that these awards would be conferred every year to outstanding and sustainable practices adopted by individuals, organizations, institutions, industries and panchayats for preservation of environment and said that we should adopt holistic approach for it.

He said that Himachal Pradesh was endowed with abundant natural beauty and nature has blessed the State with salubrious climate. Yet in the changing scenario, the Global warming effects can only be mitigated by plantation drive and taking up afforestations programmes in large scale, particularly in Lahaul and Spiti district of the state. During my recent visit to Spiti, I have vowed to undertake ‘Green Spiti Mission’, and the forest department was given directions for undertaking a massive plantation drive and other alternatives, said the Chief Minister.

“We all should become soldiers for prevention of environment and voluntarily come forward to protect it as it was a part of our body”, Chief Minister said and the need of the hour was to launch a massive International campaign.

The Chief Minister also released a book, titled ‘Compilation of Best Practices’ and distributed prizes and honoured as many as 23 recipients of HP State Environment Leadership Award.

Forest Minister Shri Thakur Singh Bharmouri while addressing on the occasion said that our efforts were to dovetail environment in the planning processes so that sustainable environment practices were ensured not only for present but for the future generation as well. He said that in environment we live, was our inseparable part. He said that the valuable forest wealth and flora-fauna of the state were important for the people of the State, as these were the backbone of the state economy.

Organized by Department of Environment, Science and Technology, the award ceremony was attended by the Vice-Chancellors of various Universities, Hoteliers, Industrialist, representatives of Gram Panchayats and environment activists.

A power-point presentation was also given on the best practice on sustainable environment Management and Industrial Waste Treatment in Himachal Pradesh. A Video clip was also displayed on Environment protection by the Institutions in Rural areas of Himachal Pradesh. 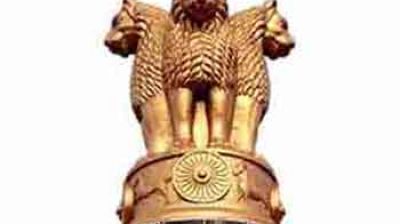 The envisaged measures should be implemented well before the onset...

The pandemic will enable the young leaders to make their...

Changes in realty sector after COVID-19 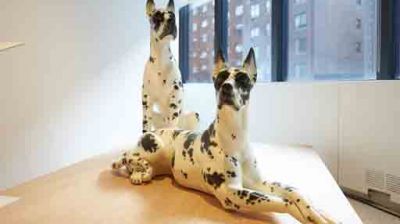