We are in the process to create a new Financial Institution

INVC NEWS New Delhi, “Food Processing is all set to become the most robust sector in India to contribute majorly to India's growth and the sector is all set to double farmers' income by 2022 as envisioned by the Hon'ble Prime Minister Shri Narendra Modiji”, said Union Minister for Food Processing Industries Smt Harsimrat Kaur Badal, while addressing the media on the achievements of the Ministry during the last 4 years here today. Smt Badal informed media that four years back when she took over, food processing sector was totally disorganized and the industry was apprehensive of launching new projects or products and committed projects were being delayed and shelved.  After four years she has reversed the business environment and turned it into the most buoyant and happening sector. Minister informed, "from a dismal situation four years back today we have investment commitment of nearly Rs.1,00,000 crores which we got in last one year alone and out of which investment worth Rs.73000 crores have started grounding. This is just tip of the iceberg that shall unleash its real potential in years to come.” "The last government sanctioned 42 Mega Food Parks from year 2008 onwards and 6 years later when I took over, only two (one of them Patanjali) could get operationalized during 2008 to 2014. I can now proudly say that overall 25 Mega Food Parks would be operationalized by 2018 out of them 15 already been completed so far and 15 more shall be operationalized by 2019” said the minister. “Four years back industry was apprehensive of the Food Regulator FSSAI and today FSSAI has harmonized itself to world standards.  FSSAI has transformed into the most potent and business friendly regulator for those conforming to rules” mentioned the minister. Government is creating a Cold Chain Grid to link every nook and corner of India by its 42 Mega Food Parks, 234 Cold Chain Projects and around 700 projects under PM Kisan Sampada Yojana.  With the schemes of the Ministry, more than 33 lakh farmers shall be directly benefited every year and their number shall keep increasing. Informing the gathering about a new financial institution Smt Badal said, “We are in the process to create a new Financial Institution that will exclusively fund food processing projects and create capacity building in the field of risk assessment and lending to food processing sector. Request for proposal for the institution which will be called Agro Processing Financial Institution, will be out by July, 2018. It will be a Non-Banking Financial Institution and will be largely driven by private sector and government will act as a facilitator. There is keen interest in the institution by both national and international companies.” Last four years have witnessed 351% Mega increase in preservation and processing capacity of 15.94 lakh MT per annum created by the Ministry. Big-time increase of 720% in Cold Storage capacity. 180% increase in the value of agro produce processed by the projects handled by the Ministry. Under the new Scheme Pradhan Mantri Kisan SAMPADA Yojana, total of 122 projects have been approved under three schemes viz. Agro Processing Clusters, Backward-Forward Linkage and Unit scheme leveraging an investment of Rs 2,300 crore. This is expected to generate direct and indirect employment of around 3.4 lakh persons. The Minister also gave a roundup of investments received since World Food India. ·         First ever global investment summit “World Food India 2017” organized from 3-5 November 2017 successfully created ‘Brand India’ putting the country on the global food map by positioning India as a ‘World Food Factory’ which led to MoUs for investment worth $14 billion. ·         FDI inflow between April, 2017 & December, 2017 was USD 822 million ·         Projects worth $11 billion are already being grounded by over 30 companies. ·         Metro Cash & Carry is adding 25 more stores. ·         SIAM Makro / CP Wholesale is opening three Big Wholesale stores in New Delhi and one store in NOIDA ·         Amazon has opened a total of 67 warehouses in the country so far with 15 stores being opened over last month. ·         Grofers has invested in setting up of over 10 vegetable processing centers (Collection centers and Warehouses) ·         Over $1billion has already been invested by Coca-Cola, Britannia, Cargill, Tilda Hain, Emami, Keventer Agro, Rich Gravis etc. since World Food India 2017. Shri Jagdish Prasad Meena, Secretary, Ministry of Food Processing Industries, Officer on Special Duty, Smt. Pushpa Subrahmanyam, Dr. Dharmendra Singh Gangwar, Additional Secretary and other senior officials of the Ministry were present during the occasion.

COVID-19 crisis that has posed a serious challenge to the... 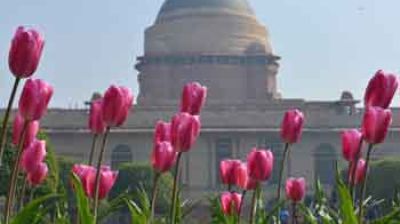 MoFPI will continue to engage with concerned departments to resolve...