We are giving thrust on biofuels 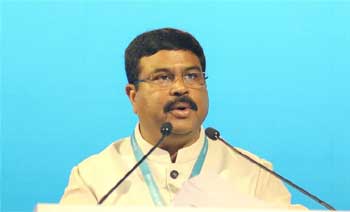 INVC NEWS
New Delhi,
Minister of Petroleum and Natural Gas &Steel Shri Dharmendra Pradhan has called for inclusion of petroleum products under GST regime. Speaking at third India Energy Forum by CERAWeek in New Delhi today, he appealed to the union finance ministerto take this up in the GST council and at least make a beginning byincluding natural gas and ATF in theGST. He said “It’sbeentwoyearssincetheintroductionof historic tax reform the GST was implemented by decisive leadership of Prime Minister Modi.Given the complexity of petroleum sector and the revenue dependence ofstate governments in this sector, petroleum products have been kept outside the ambit of GST regime.There has been continuous demand from the petroleum industry forinclusion of petroleum products under GST regime.”

Pradhan said thatno single form of energy can meet the growing energy demand in India given India’sdevelopment imperative that aims to ensure energy justice to all. Mixing all commerciallyviable energy sources is the only feasible way forward in our context. India will chart its own course of energy transition in a responsible manner.

The Minister highlighted several measures taken by the Government to overhaul the hydrocarbon policy framework to revitalize oil and gas ecosystem and establish a conducive business environment. Growing presence of global oil and gas majors like Saudi Aramco, ADNOC, BP, Shell, Total, Rosneft and ExxonMobil in India is a testimony to the faith and confidence of global investors on promising India’s growth story. He said “I am glad to see investors, MakinginIndia, for India, and also for the globe.”

Shri Pradhan said that we have successfully completed three bid rounds under Open Acreage Licensing Policy and two rounds of bidding under the Discovered Small Fields (DSF) policy. Through these successful biddings, India is expected to garner an estimated investment of 58 billion US dollars in E & P sector by 2023. He said that Special thrust is being given to promote gas based economy under the guidance of Hon’ble Prime Minister Modi. “Iamhappytoinformyouthataswespeak, an estimated investment of 60 billion US dollars is lined up in building gaspipelines, terminals, and City Gas infrastructure that are in different stages ofimplementation.”, he added. The City Gas Distribution network development in India which hasbeen authorized for building and commissioning will cover half of India’s geography and would serve 70%of India’s population through availability of low carbon and affordable natural gas.

The Minister expressed the Government’s commitment to make India a low carbon economy, though our per capita carbon emission is far less than the world average particularly the OECD countries. Regarding the downstream sector, he said that ithasbeen completely liberalized. Market driven pricing of major petroleum products reflects the changes in line with the international price of crude oil. “Our fuel standards are comparable to the best in world and pan India BS-VI complaint fuel will be available in India from 1 April2020.”, Shri Pradhan said.

To promote the energy sustainability, the Minister said that we are giving thrust on biofuels. The new National Biofuel policy envisages an integrated approach to produce biofuels from various types of agriculture residue and municipal solid waste. Biofuel policy will help farmers to become “urjadata from anndata”.An important initiative has been undertaken to produce compressed biogas from biomass waste. We have made a target to setup 5000 compressed biogas plants in different parts of the country. These plants are being setup by private entrepreneurs. Oil marketing companies are offering assured price and offtake guarantee to procure the compressed biogas. Highlighting some difficulties being faced by these private entrepreneurs to access to bank finance for setting up CBG plants, he requested Finance Minister to look into this challenge. The Minister said that We also aim to achieve 10% blending percentage of ethanol in petrol by 2022 to cut dependence on energy import, promote the use of environment-friendly fuel and boost the agriculture sector.We are accelerating conversion of Used Cooking Oil (UCO) to biodiesel across 100 cities in India.

Inaugurating the Conference, the finance Minister Smt Nirmala Sitharaman said that India is becoming an attractive destination for foreign investors. Highlighting the recent announcements to bring down the Corporate Tax rates, she said that atmosphere to invest is friendlier now. She also talked about the amendments in the Companies act and IBC Code, stating that the focus is now on compliance. SmtSitharaman assured that Energy sector is on top of agenda, and we are in the cusp of energy transition. The finance Minister said that the Government will ensure that the commitments made to the investors are honored. Reiterating the Government’s commitment to COP-21 targets, she said that renewable energy sources are being encouraged. She said that India wants to widen its basket of energy sources. Lauding the Government’s initiatives to provide cooking gas fuel and electricity to all the people of the country, she said that the Government had taken up these initiatives on mission mode, benefitting a large population.

The theme of third India Energy Forum by CERAWeek Conference is ‘New India’s Energy @75: Balancing Energy Security and Sustainability’. 1200 delegates from 15 countries and 300 companies are participating in the 3-day conference. 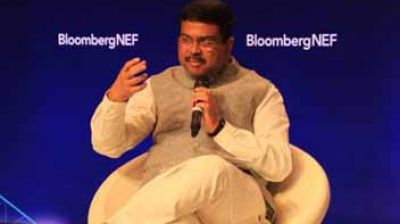