Way of ballot is better than the bullet

The Vice President, Shri M. Venkaiah Naidu today called for active participation from all sections of society for preservation and promotion of tribal culture.

Addressing the ‘AadivasiMahotsav -2020’ at Ramnagar, in Madhya Pradesh today the Vice President said that tribal communities represent the ancient most culture and values of India. “Our younger generations should be made aware of their eternal values and traditions.” He said.

Shri Naidu expressed his deep concern over the fact that around 250 languages have disappeared in last 50 years and most of these extinct languages belonged to tribal communities. He wanted the Universities to preserve and promote the local tribal culture. “When a language dies, it symbolises the downfall of a culture, a civilisation, a creative tradition”, he said.

He said that preservation of tribal culture was not the responsibility of governments alone and exhorted the country’s youth to care for our tribal history and heritage.

“When hotels can serve foreign cuisine, why can’t they promote local tribal flavours which are more suited to our bodily and climatic conditions? Why can’t city youth pursue tribal music and instruments as their hobby?”, he asked.

“We should include the traditional tribal knowledge in our intellectual and academic discourse else these knowledge systems may go extinct in future”, he said.

Bringing out the relevance of tribal way of life, the Vice President said, - “Today when the world is beset by the problems such as global warming and climate change and increased frequency of natural disasters, our tribal communities can show us the path of sustainable development”.

He appreciated tribal communities for respecting nature and keeping harmonious relations with their environment and all living beings. Calling these as the great characteristics of the tribal cultures, the Vice President said that world can learn a lot from these communities.

“Mindless exploitation of nature will lead to disastrous consequences”, he added.

Sri Naidu further said that even while preserving their unique lifestyle and culture, the tribals should be made equal partner in India’s development journey. There is need for constant and constructive dialogue between the administration and local communities, he added.

Highlighting that violence is not solution to any problem, the Vice President said that left wing extremism has not solved any problem and way of ballot is better than the bullet.

Citing various constitutional provisions for the welfare of tribal areas, he called the development of our tribal communities is a prerequisite for the inclusive development.

Citing various Government schemes for the welfare of tribal communities such as Van BandhuKalyanYojana, minimum support price (MSP) for forest produce, VP expressed happiness over recent announcement by the President for setting up of 400 new Eklavya schools.

He expressed deep concern at the lower than average literacy rates among the tribal communities and appealed to them to send their children to schools. He specifically asked everyone to send their daughters to schools and turnBetiBachao -BetiPadhaointo a successful movement.

Emphasising the need for the promotion of entrepreneurship among the tribal youth, Shri Naidu opined that linking TRIFED with the wide marketing network of ‘Khadi and Village Industries Commission’ would provide access to a larger market for tribal handicrafts. He also suggested to give further push to online marketing of tribal products.

Mentioning various tribal struggles and movements such as Munda revolt, Santhal revolt, the Vice President said that tribal communities were the first to wage war of independence against colonial exploitation and oppression.

“Heroes such as Birsa Munda, Sidhu,Kanhu, RaniAvantibai are an inspiration for all and their life stories should be taught to children in our schools”, he said and added that “only then our history would be complete and inclusive.”

VP expressed satisfaction that in this year’s Padma awards also the government has recognised the people who dedicated their lives for the enrichment and promotion of tribal culture and the welfare of tribal communities. 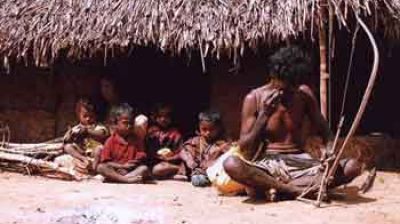 Citizens of India must open our doors and our hearts...

No place for violence

It was evident from the fact