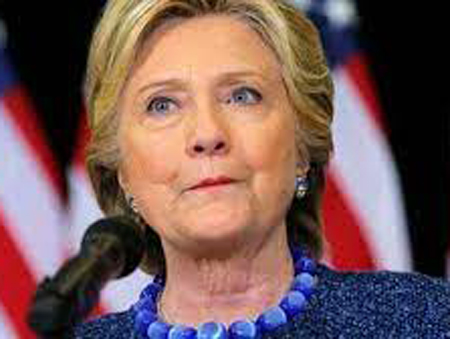 Former US Secretary of State Hillary Rodham Clinton openly expressed her views on Russia’s attack on Ukraine at an event held here.

He said the invasion of Ukraine has proved to be an eye-opener. Hillary Clinton said that India’s energy imports from Russia are very low. It will be important to underline that as a sovereign nation, India has to take decisions in accordance with its interests. He said India should make it clear that Russia’s attacks against Ukraine are completely wrong.

Terming India’s standoff on the border with China as “very troublesome”, he said that the matter will have to be given more attention.

Whatever India does to protect itself, America supports it. It is noteworthy that in the past also the US has strongly pushed India to react strongly to Russia’s attacks on Ukraine. Many times there was an attempt to put pressure on it indirectly, but till now India has remained firm on its stand.

Former US Secretary of State Hillary Rodham Clinton said Biden and his team have really integrated Europe, the NATO alliance and others.

Recognizing that this threat (Russian aggression) is first a threat to Ukraine, but it is also a threat to the global order, to the rule of law. The excitement did not come from the West, not from Ukraine. This happened because Vladimir Putin does not want Ukraine to become an independent sovereign nation. PLC&GT