Total Read - 155        Comments - 0
INVC,, Delhi,, The Prime Minister Dr Manmohan Singh today released a vision document titled “India as a Global Leader in Science” prepared by the Scientific Advisory Council to the Prime Minister. The document was released after the meeting held today with Chairman, SAC Prof C N R Rao. The Minister of State (Independent charge), Shri Prithviraj Chavan was present on the occasion. The vision document envisages India becoming a major scientific player in about 20 years, provided that we usher in the right kind of structural and administrative reforms, and create a favourable environment for carrying out innovative work in India. The document notes that all the requirements for such a thing to happen indeed seem to be within our reach, especially with the improving economic situation. “We need to provide adequate support for basic science as well as science required for solving man’s pressing problems. A high percentage of the Indian population is very young unlike in the rest of the world and we have to fully make use of the bright young talent as well as the institutions that we have created. This will require major educational reforms as well. By minimizing bureaucracy and promoting creativity and quality, there is every likelihood that India can be one of the very best performers in science in about 20 years, sharing such a position with the most advanced countries of today. If such a thing happens, this will further contribute to economic and industrial development in a major way”, the document states. The Prime Minister hoped that the ideas in the vision document will inspire the scientific community and all concerned to help build an inclusive, economically and socially vibrant, creative and an enterprising India, and to pursue excellence in science and technology for global good. 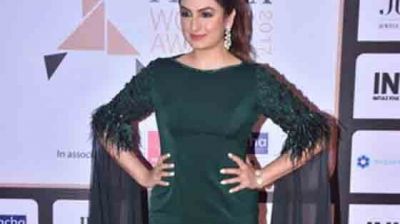 Femina celebrates the power of women with the 5th edition...