Chief Minister Virbhadra Singh was accorded warm welcome on reaching Bhuntar Airport at Kullu today.  He was here today to preside over the closing ceremony of the International Kullu Dussehra festival. He said the century old Kullu Dussehra is one of the biggest traditional, religious and cultural festivities of Kullu in which deities from all over the district come to participate in the event, adding that we have to maintain the traditions and values at any cost and pass it on to the future generations. The Chief Minister visited the Dhalpur ground to pay obeisance to Lord Raghunath, the chief deity of the valley, who is camped at  Dhalpur ground till the last day of the week long festival. The Chief Minister also participated in the traditional folk dance ‘Laldi’ of the district in which thousands of locals performed the chain dance. It was the Chief Minister who revived the traditional Laldi dance in 2016 to give added fillip to the age old traditional culture. Around 250 deities participated in Dussehra festivity. The Chief Minister appreciated the efforts of the district administration as well of the local people to make Laldi an annual affair. He visited the exhibitions put up by various departments in Dhalpur ground. The Chief Minister also presided over the last cultural night of the festival at Kala kendra  where he was welcomed and honoured by Deputy Commissioner Yunus Khan,  who is also the Chairman of Dussehra Committee. General Secretary, HPCC Sunder Singh Thakur, Chairman Zila Parishad, Kullu Harichand Sharma, DCC President Budhi Singh Thakur, Chairperson District Mahila Congress Vidya Negi,  BCC President Kullu Uttam Chand Sharma,  BCC President Manali Bhuneshwar Gaud were also present on the occasion amongst others. 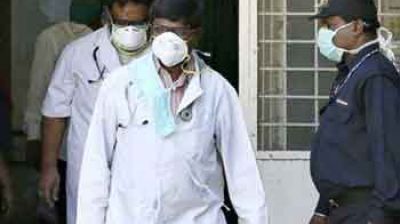 Postponement of all routine outpatient consultations and elective surgeries