INVC,, Washington, DC,, The United States condemns the ongoing violence in Syria, particularly the brutality practiced by the Syrian Government against its own citizens – peaceful protestors and bystanders alike. On July 23, the world witnessed the death of 12-year-old Talha Dalal, shot in the head by a Syrian police officer in Damascus on July 15. The behavior of Syria’s security forces, including other such barbaric shootings, wide-scale arrests of young men and boys, brutal torture, and other abuses of basic human rights, is reprehensible. President Asad must understand that he is not indispensible, and we believe he is the cause of Syria’s instability not the key to its stability. The regime should make no mistake that the world is watching, and those responsible will be held accountable for their crimes. This violence will not suppress the legitimate demands of the Syrian people to exercise their rights and shape their own country’s future. Additionally, it is another clear sign that President Asad has lost legitimacy with the Syrian people, because he is unwilling to lead a democratic transition. The violence perpetrated against innocent civilians only contributes to instability, feeds sectarian tensions, and increases the Syrian people’s distrust and anger at their government. The world is inspired by those in Syria who are demanding a better future through peaceful protests, and we underscore that resorting to force will not resolve the challenges Syria faces today or bring about a better future. We urge all Syrians to renounce violence and work together for a unified and democratic Syria free of violence or retaliation against any community among Syria's diverse population. We urge President Asad’s government to immediately halt its deadly actions against peaceful protesters, to release the many thousands of detainees, and to respect and act upon the clear demands of the Syrian people for a peaceful and democratic transition to democracy. This transition would be a positive step for Syria, the region, and the world.
Read the full article
Tags: america invc human rights Violence in Syria Democracy Refugees: U.S. Condemns Ongoing Violence in Syria

No language should be imposed 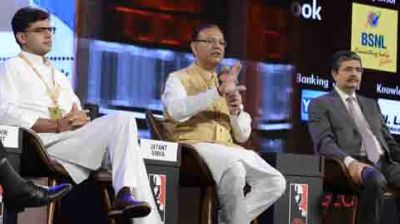 This is way more hlepufl than anything else I've looked at.