Sukhjeevan Sharma,, INVC,, Sangrur,, Punjab Vigilance Bureau during toady nabbed a Platoon Commander and a Junior Engineer when they were allegedly accepting bribe in separate cases. During its ongoing drive against corruption, the Vigilance Bureau caught Platoon Commander Parminder Singh, Urban Company Sangrur, when he was allegedly demanding and accepting bribe from a complainant who was dismissed from service as a volunteer in Punjab Home Guard and Civil Defence Department, an official release said.The complainant had approached the Bureau and complained that the Platoon Commander was demanding a bribe of Rs 5,000 for getting him re-instated in the service.The Vigilance Bureau then laid a trap and caught him in the presence of two government officials as witnesses. The tainted money was also recovered from him. In another case, a complainant of Mandi Gobingarh approached the Bureau and alleged that Junior Engineer Sukhdev Singh Virk posted at Powercom, Mandi Gobingarh, was demanding a bribe of Rs 1,500 to restore his domestic electricity supply which was disconnected for not depositing the electricity bill on time. After verifying the matter, a vigilance team led by Ramphal Inspector Vigilance Bureau Patiala, laid a trap and the accused was nabbed and the graft money recovered. 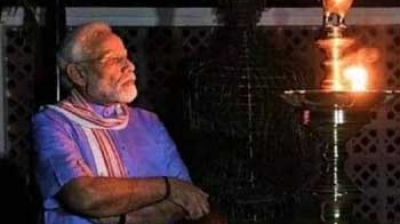