Vigilance Awareness Week to be observed from Monday

INVC NEWS New Delhi, This year the Vigilance Awareness Week is being observed from October 26 to October 31, 2015. The Central Vigilance Commission has been laying stress on Preventive Vigilance and driving home the point that vigilance should not be seen in isolation but as a tool to achieve good governance and better operational results. Therefore, the theme for the Vigilance Awareness this year is “Preventive Vigilance as a tool of Good Governance”. The observance of Vigilance Awareness Week will begin with taking of pledge on October 26, 2015 at 11:00 AM in all the Government, Public Sector Organizations, Autonomous Organizations and Local Bodies. Besides the regular activities of display of banners, posters, advertisements in the Newspapers and organization of activities such as lecture, panel discussions, competitions in Government and Public Sector Organizations, the Commission this year is reaching out to college and school students in a big way. Debates/Elocution/Lectures are being organized in 100 cities/towns spread across the country. Chief Vigilance Officers (CVOs) of 101 organizations are involved in organizing these competitions and each CVO has been assigned certain number of cities/towns with the instruction to organize these competitions in at least three colleges and two schools. It is expected that competitions would be organized in more than 2,000 colleges and schools spread across the country. In order to convey the importance of preventive vigilance and also the message that corruption ultimately ends in a tragedy, eight short episodes, each of half an hour duration have been made which would be telecast during the Vigilance Awareness Week on Doordarshan’s DD National channel and DDK, Delhi station. Interviews of Shri K.V. Chowdary, Central Vigilance Commissioner and Shri T.M. Bhasin, Vigilance Commissioner would also be telecast on DD National and DDK, Delhi respectively during the Vigilance Awareness Week. Sh. K.V. Chowdary, CVC would be participating and taking questions from the Public on the issues related to Anti-corruption in the “Public Speak” programme on FM Gold channel of All India Radio which would be aired live on October 26, 2015 from 21:35-to-22:05 hrs. The Commission has taken many initiatives during the last three months notably on Preventive Vigilance, reducing delay in disposal of disciplinary cases & vigilance clearance and increased use of IT. The Commission has already received inputs on Preventive Vigilance from major organizations and is now working on coming up with an Action Plan specific to these organizations. Video conferencing facility for communicating with CVOs has been put in place which would now ensure faster exchange communication leading to reduction in delay in disposal of cases. The Commission is also working on identifying the bottlenecks and making the vigilance clearance faster and paperless. 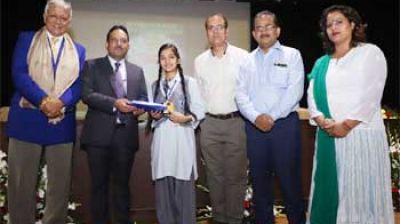 Entire society is being affected adversely by corruption