INVC,
Delhi, The Chief Minister of Rajasthan Smt. Vasundhara Raje met the Prime Minister Shri Narendra Modi at Parliament House in New Delhi on Friday. The meeting lasted for over half an hour. Smt. Raje discussed various issues related to development of Rajasthan with the Prime Minister and apprised him about several new schemes initiated by the state government.
The Chief Minister specifically mentioned about Bhamashah Yojana, which aimed at empowerment of women, and stated that this unique scheme was for financial inclusion of women by connecting them with banking services directly. This ambitious project of providing a special identity-card to the women for various benefits was equivalent to Aadhaar Scheme  and even better or more effective than that in certain aspects , she told. Smt. Raje also informed the Prime Minister about different steps being taken by the state government for improvement of medical and health services in Rajasthan. She also discussed with the PM about upgrading the state's education system and problems being faced for extension of such services in far-off regions and remote areas.
The Chief Minister also met with the Union Finance Minister Shri Arun Jaitley, the Union Minister for Forest & Environment and Information & Broadcasting Shri Prakash Javedkar and the Social Justice & Empowerment Minister Shri Thavarchand Gehlot among other Parliamentarians in the Parliament House. Earlier, Smt. Raje and Shri Amit Shah held a meeting with the Members of Parliament from Rajasthan in at Rajasthan Bhawan. During this meeting  MP Shri Bhupendra Yadav,  Shri Ashok Parnami and others were present.
Read the full article
Tags: invc Prime Minister Narendra Modi Chief Minister of Rajasthan Vasundhara Raje Parliament House Delhi 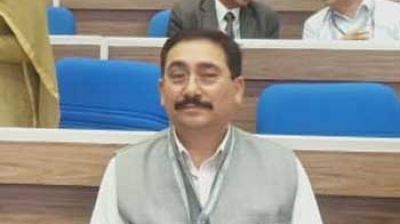