Uttarakhand is hill and border state

INVC NEWS Dehradun, In a meeting of Council for Trade Development and Promotion constituted by Government of India in New Delhi on Thursday, Finance Minister Prakash Pant while representing Uttarakhand said that by Union Commerce and Industry Minister all the states having adverse geographical conditions have got a new energy in direction of the export promotion. He said that Uttarakhand is hill and border state. And the desired ports for international trade are located far away from the state. Due to this, there is a big challenge before state exporters to succeed in international competition. More than 65 per cent of the state is forest area. Finance Minister said that Uttarakhand has made significant initiatives towards industrialization after coming into existence as a new state. On the initiative taken by Prime Minister in ‘Ease of doing Business’, Uttarakhand has achieved top position by working hard and we have been consistently maintaining the first place among the Himalayan states. It has been the result of positive initiatives of state government towards investment and industrialization that the state is among the fastest developing states of the country.

Finance Minister said that in October, 2018, the state successfully organized the first Investors Summit, Destination Uttarakhand-2018. During the Summit, MoUs worth Rs 1.84 lakh crore were signed in the field of agriculture/horticulture, animal husbandry, biotechnology, education, energy, food processing, health, medicine/pharma, information technology, tourism, mineral industry, urban infrastructure, Ayush/Wellness and manufacturing sector. He said that Uttarakhand state stood at 19th position in 2017-18 in terms of export in India. Major items exported from Uttarakhand include animal and animal products, vegetable products, honey, animal and vegetable fats, readymade food products, mineral products, chemical products, plastic and rubber products, skin related products, wood and wooden products, garments and garment products, transportation related equipment, defence equipment etc. He said that Uttarakhand has got established as an important hub in Automobile and Pharma sector and the units of this sector are working in the field of export. Industrial, floriculture, agriculture and food processing, organic products, wellness and health tourism, aromatic and medicinal plants based industries, biotechnology, handicrafts etc. are other thrust areas for export for the state. During the period 2017-18, the export of Uttarakhand has been Rs. 9389 crores.

Finance Minister told that effective steps have been taken by the Ministry of Commerce on the points raised by the State Government in the third meeting of the Council. Meetings of Export Promotion Committee have also been organized in the state, in which the officials of Commerce Ministry, DGFT and FIEO are also participating. Secretary commerce had recently held discussions in connection with the export promotion with the state exporters and high officials of the state government and other organizations in month of December. FIEO was nominated by the Ministry of Commerce for preparing the Export Strategy of the state. Under the Trade Infrastructure for Export Scheme (TIES), Government of India, the State Government had urged that through the experienced and high level consultant, the government can present significant proposals in this field. He said that with the introduction of direct flight service from Dehradun to Singapore and United Arab Emirates, along with the introduction of Air Cargo service in the state, the exports in this area will definitely get encouragement. He requested that foreign currency exchange facility should be provided through the State Bank of India.

Finance Minister also expected for reviving the traditional trade from traditional trade routes first – Niti Pass- Qinglong, second route – Hoti Pass trade routes. He said that after the construction of the Rishikesh-Karnpayag railway line will be a new dimension in the state's transport system. He told that Dehradun Airport has been included in the busiest new airports in the country. Flight services between Dehradun and Pantnagar have started in the state under Udan scheme. He said that the it is desired from the Export Promotion Council to take initiative and make and strategies in this direction. In this regard, some initiative has been taken by the Engineering Export Promotion Council. It was requested that in Dehradun, along with Regional Office of DGFT, a separate Export Promotion Cell should be constituted in which, FIEO, Export Promotion Council officials will be able to provide necessary information and support to exporters as per the prescribed programmes. The functions of this cell can be reviewed by the State Export Promotion Committee. 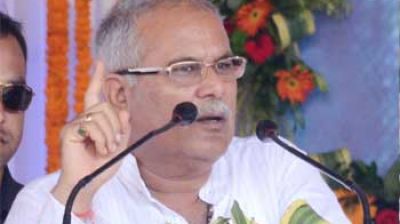