Mumbai , The Assamese beauty, Urmila Mahanta, who has previously given blockbuster hits to regional cinema, is all set to make her debut in an upcoming Hindi comedy movie, ‘Pareshaanpur’. Known for her beauty and versatility, Mahanta has worked in four feature films previously. Mahanta started working early in her career. She was in her First year at FTII when she was approached for a feature film by UTV movies. Since then, there was no turning back, she has been continuously pleasing regional cinema with her charm and persona.  Urmila is paired against Ameeet Dawar in her upcoming Bollywood debut movie ‘Pareshaanpur’. Talking about her upcoming movie ‘Pareshaanpur’, Mahanta says, “One of my seniors from FTII, introduced me to our director Dilip K Mukharaiya. He then visualized the character within me and asked me to come for the auditions. He took a week long audition and then selected me for the main female lead for this film.” Having high expectations from the film, Urmila says, “This is supposed to be my first Hindi feature film, so I am eagerly waiting for the release of the movie. I am expecting this film will also be turn as a big hit in the box office like my other regional films.” “The story line of the movie and my character in the film are what appealed me the most along with the way of narration by Mukharaiya Sir. I found him (Dilip Mukharaiya) as a man with clear vision and sense of Humor to recreate a comic situation in serious atmosphere which made me say yes for this movie”, addsUrmila. When asked about her role in the movie, she said, “It is quite different from the real me, I have never associated myself with such background or atmosphere in which my character dwells. It was quite challenging to portray. I hope I did justice with the character.” Urmila seems to be an upcoming star in the industry; we wish her luck for her upcoming release.
Read the full article
Tags: Shakti Kapoor Asrani Urmila Mahanta to debut in Bollywood flick Pareshaanpur Urmila Mahanta to debut in Bollywood flick Urmila Mahanta debut in Bollywood Pareshaanpur Pitobash Manoj Joshi Sitaram Panchal Sunial Pal and Shakti Mohan 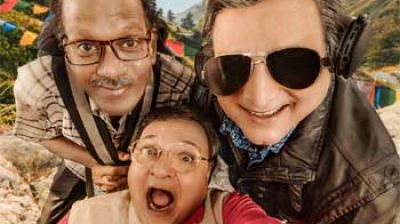 Meet the All New Fathers 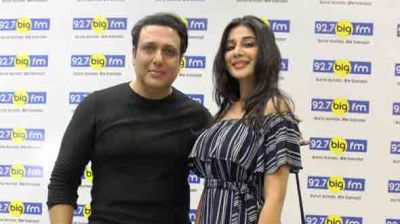 Dilip Tahil is back With Movie Rocky The Slave

From Rocky to “Rocky-The Slave”