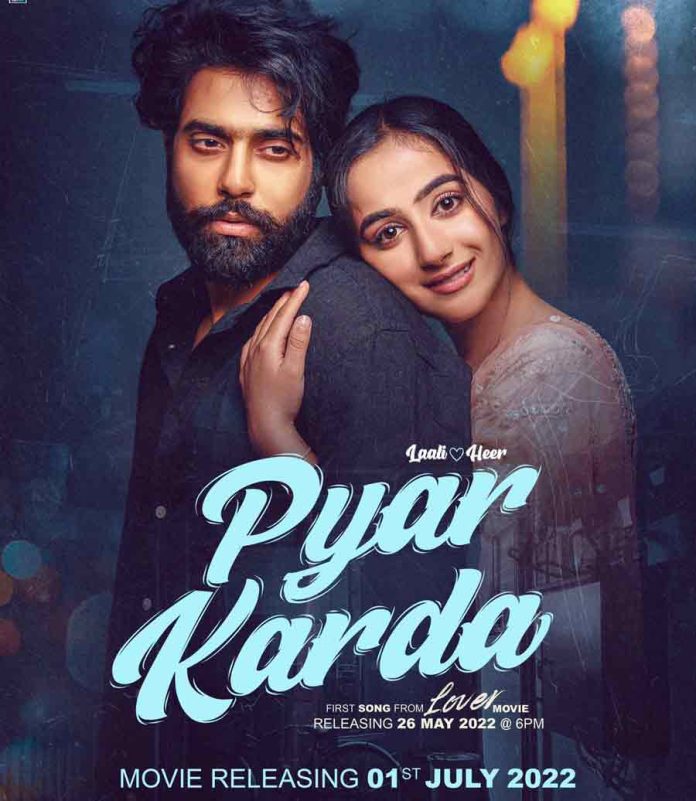 Fans are left surprised today with the first song ‘Pyar Karda’ of the love saga, Lover, in the melodious voice of Jass Manak to the lyrics written by Babbu. The track is based on the tragic romantic theme where Guri owns the intense look which has been praised by the audience. The harmonious tunes have been given by Sharry Nexus to make the fans fall in love.

Producers, KV Dhillon and Parvar Nishan Singh have presented the wonderful film and now the first song, “We are elated to have worked with such adept professionals. ‘Pyar Karda’ is an ode to all the lovers who have loved eternally. We are happy that the audience has welcomed the song with open arms.”

Punjabi singing sensation Jass Manak is thrilled to work his magic in ‘Pyar Karda’, “The lyrics of the track have been written to understand the romantic tone of the film and the real longing of a lover for her beloved, I am glad that I got the chance to lend my voice to such a mesmerizing song.”