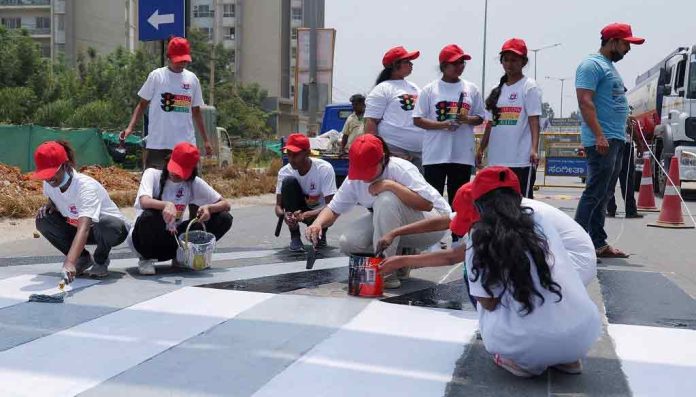 United Composite PU College on Hennur-Bagalur road held the graduation ceremony for the passing out class of 2022. As part of the event, the graduating class along with some of the teaching and non-teaching staff, organised a ‘Students for Road Safety’ program and 3D painted a zebra crossing and installed a speed breaker at the traffic junction near the college. 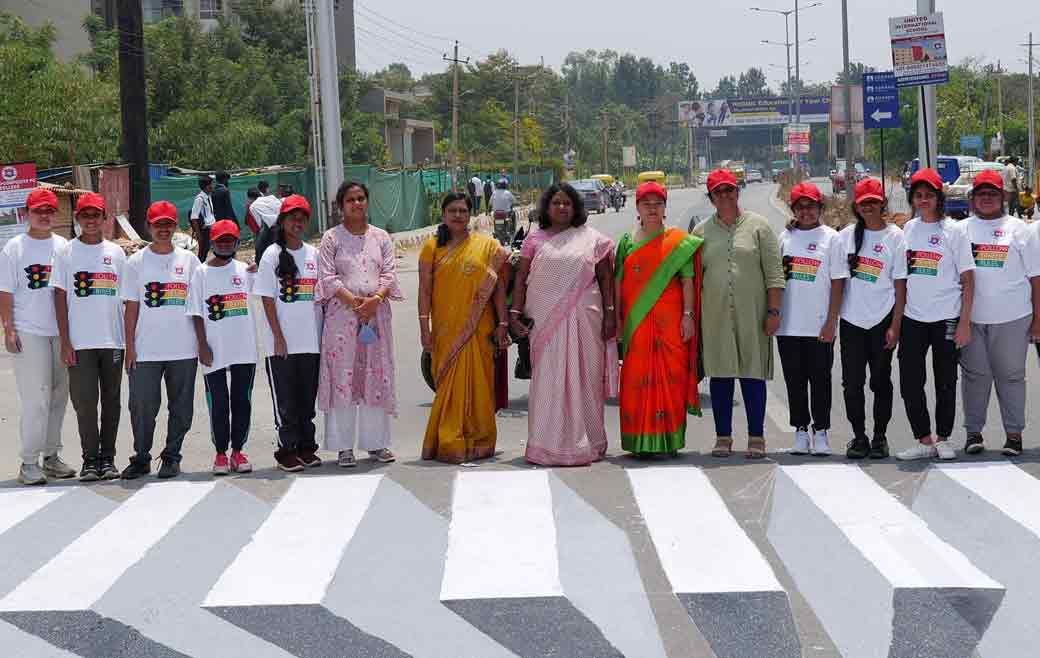 The road safety program was attended by representatives of the Devanahalli traffic police and Traffic Warden Organisation, who also advised and supported the students in this initiative. The students are preparing for more campaigns in the area in association with other schools and colleges in the coming weeks and months. The film on the Students for Road Safety program was played at the graduation day event.

The UCPUC Graduation Day began with the invocation and worship song followed by scripture reading and prayer. Then the Chief Guest Immanuel David (ex-Tata Management Training Center) and Executive Coach, was introduced to the gathering. The chief guest and the guest of honour were felicitated by the college administrator Ms. Rajini Alexander. Then the principal Ms. Bethesa Jacob of the college addressed the gathering. She spoke on the theme ‘reaching for the stars’. She spoke about being wired to be awesome and successful.

This was followed by oath-taking by the graduating students which were led by the college principal.

Then the Chief Guest Mr. Immanuel David addressed the students and the gathering. He spoke on qualities required to navigate life. He also encouraged the students to appreciate the little things in life. He spoke on INITIATIVE, PERSISTENCE, SHARP THINKING, INTERPERSONAL SKILLS and INTEGRITY.

He said that students must always be passionate and take initiative and do something that nobody has done. He said students should also be very persistent in whatever they do and never give up. The third important quality he pointed out was sharp thinking or – analytical or critical thinking. In the highly competitive world, quick and smart thinking was the key to success. The last two qualities that he stressed were interpersonal skills and the bedrock of integrity.

During the graduation day event, the chief guest also shared some key ideas and principles that his own classmates had shared. They had pointed out that students should never stop learning, character always speaks louder, never underestimate oneself, the skill of the century was empathy that must be followed by all, hobbies are must, students can apply knowledge to real-life and to collaborate and not always compete. The chief guest also pointed out that with humility comes wisdom. And encouraged all the students to understand and discover what they are good at or the best in, and pursue that.

After the address by the Chief Guest, the guest of honour gave away the various awards to the students of the graduating class. This was followed by the lighting of the candle and a special song by the students. Then Keerthana the president of the student council of UCPUC delivered the valedictory speech. The last item of the evening was sharing of memories by the students followed by the vote of thanks by Ms.Preethi.

Rev. Krupanand closed the graduation ceremony with prayer and benediction. Before the gathering, the students stood for the national anthem.