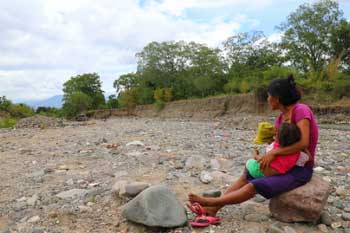 On the occasion of World Food Day, the United Nations World Food Programme (UNWFP), the leading humanitarian organization fighting hunger worldwide, announced that it will be launching its global cinema campaign “Feed Our Future” in India with support from UFO Moviez to engage and motivate moviegoers to help create a world with Zero Hunger.

The new campaign aims to build on last year’s results which helped to double awareness of WFP among those who saw the ad and raised more than half a million dollars through online giving and through a 38 percent increase in downloads of the agency’s #ShareTheMeal donation App.

WFP’s ShareTheMeal is the world’s first app against global hunger. The app enables users to make small donations to specific WFP projects and track its progress.

In 2018, the Global Cinema Advertising Association, SAWA and WFP came together with Facebook to translate Sir John Hegarty’s concept of using the power of cinema for social change to trigger donations on the social media platform, converting cinema goers into donors. Together with ShareTheMeal, online donors provided one million meals to children in need around the world through WFP. WFP reaches more than 52 million children every year, providing vital food and nutrition to help them not only survive, but thrive.