Home Other Indian State News Nitish Kumar’s efforts will strengthen the opposition as it is good for... 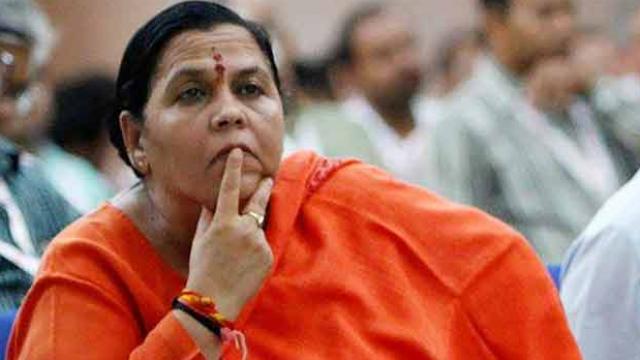 Nitish Kumar’s efforts will strengthen the opposition as it is good for democracy: Uma Bharti

Senior Bharatiya Janata Party leader and former CM Uma Bharti lauded Bihar Chief Minister Nitish Kumar for implementing prohibition in her state, but said he cannot be a substitute for Prime Minister Narendra Modi. In fact, Uma has been demanding a complete ban on liquor in Madhya Pradesh for a long time.

“Nitish has at least shown the courage to implement complete prohibition in his state,” he said. Asked whether Nitish can emerge as an alternative to Modi, Uma said, “He will not be able to do so, the question does not arise as Modi is a unique person, such persons are rare.” Besides, he (Modi) is God’s creation and people are with him, Bharti said. But Kumar’s efforts will strengthen the opposition as it is good for democracy.

He criticized his close aide Pritam Singh Lodhi for his derogatory remarks against the Brahmin community, saying he scolded Lodhi and asked state BJP president VD Sharma to apologize over the issue. However, the BJP expelled Lodhi from the party even after apologizing in this matter. PLC/GT