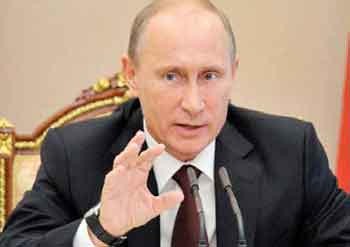 Seven months after the attacks in the war-torn Ukraine, pro-Russian groups are going to hold a referendum in four territories it holds. According to media reports, Russian President Vladimir Putin is trying to include about 15 percent of Ukraine in his country with the help of this referendum. The region is as large as Hungary and includes Ukraine’s Luhansk, Donetsk, Kherson and Zaporizhzhya provinces. However, Western countries are calling this move of Russia illegal and unilateral.

Russian-established leaders in these regions of Ukraine on Tuesday announced a referendum, which many countries, including Ukraine, have refused to recognize. At the same time, voting in Luhansk, Donetsk, Kherson and Zaporizhzhya provinces, about 15 of Ukraine’s territory, will run from Friday to Tuesday. Western countries fear that Russia will show the results on its side and include a large part of Ukraine in its country. Let us tell you that under Putin’s grand plan to rebuild the Soviet Union, Russia has also annexed Crimea from Ukraine in 2014.