This information was given by the Union Minister for Human Resource Development, Dr. Ramesh Pokhriyal ‘Nishank’

Speed up the process of filling up the vacant posts...

The 21st century is the era of Globalization and ever-increasing...

These rankings acts as a guide to students for selection... 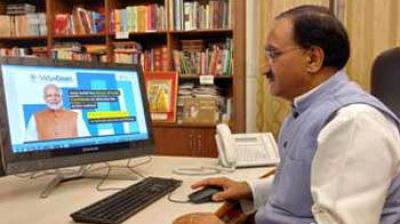 VidyaDaan program shall soon be inviting contributions for Teacher Training...