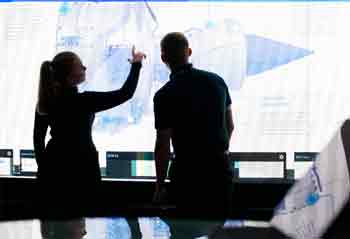 The Ministry of Power, Government of India, had launched the Reforms-based and Results-linked, Revamped Distribution Sector Scheme (RDSS), with the objective to improve the operational efficiencies and financial sustainability of State owned DISCOMs/ Power Departments by providing financial assistance to DISCOMs for modernisation and strengthening of distribution infrastructure, aiming at improvement of the reliability and quality of supply to end consumers.

State Governments of Meghalaya and Assam have become the frontrunners in planning their operational and financial reforms as well as the underlying works to accomplish the same under Revamped Distribution Sector Scheme (Nodal Agency – REC). Accordingly, their state-level Distribution Reforms Committee (DRC) and State Cabinet have approved the proposals, including Action Plan and DPR, for consideration under the scheme.

The Action Plans from the states include multiple reform measures aimed towards loss reduction, implementation of smart prepaid metering of majority of their consumer base, 100% feeder level energy accounting by FY 23, reconductoring of old / frayed conductors, conversion to LT ABC, bifurcation of feeders, segregation of agriculture feeders, and upgradation of billing and other IT/OT systems, in addition to works towards improving quality and reliability of supply. Under these plans, the State Governments have also committed to ensure financial viability of the Discoms, such as liquidation of outstanding subsidy dues and Govt. department dues, implementation of tariff reforms, measures to enhance consumer services etc. These proposals would now be put forward to the Monitoring Committee set up by the Ministry of Power for approval.

This time, two of the North-Eastern states have shown exemplary initiative in plan formulation for turning around of their power sector.  Also, several other states are also in advanced stages of submission of their proposals under the scheme. 39 out of 55 beneficiary Discoms (Nodal Agencies REC and PFC) have already submitted their draft proposals and are in active discussions with Nodal Agencies for their finalization, while the balance Discoms are also expected to send their proposals shortly.

It is noteworthy that Revamped Distribution Sector Scheme has an outlay of Rs.3,03,758 crore with an estimated budgetary support from Central Government of Rs. 97,631 crores, which would be available till FY 2025-26. The assistance is reforms linked and will be based on meeting pre-qualifying criteria as well as upon achievement of performance benchmarks by DISCOMs evaluated based on an agreed and customised evaluation framework tied to financial and operational improvements. The unique feature of the scheme is that its Implementation is based on the action plan worked out for each state to address state specific issues, rather than a “one-size-fits-all” approach.

Key interventions envisioned under this program include providing support to DISCOMs to undertake activities for ensuring 100% System metering, implementing Prepaid Smart Metering, Energy Accounting, and implementing infrastructure works for Loss Reduction, as well as for Modernization and System Augmentation aimed at improving the quality and reliability of power supply. In addition, segregation of feeders dedicated only for supply of power for agricultural purposes, which are proposed to be solarized under the KUSUM scheme, will be sanctioned on priority under the scheme. Along with their proposals, DISCOMs will also need to submit an Action plan for strengthening their distribution system and improving performance by way of various reform measures targeting improvement in operational efficiency, financial viability and quality and reliability of power supply.

Given the current state of operational and financial losses of Discoms in the country and to provide a much-needed fillip to the power sector as well as the overall economy in the pandemic affected year, multiple meetings and workshops with Discoms have been conducted to assess their level of preparedness for taking benefits under the scheme by the Ministry of Power and the Nodal Agencies, chaired by the Hon’ble Minister of Power, Sh. R. K. Singh.