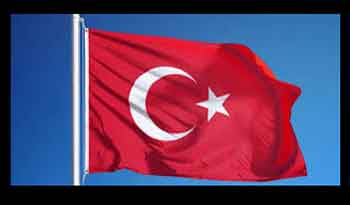 National Secretary BJP Kisan Morcha and Prabhari Jammu and Kashmir (Union Territory) Sukhminder Pal Singh Grewal said that Turkey is openly speaking in the favour of Pakistan. Talking with the 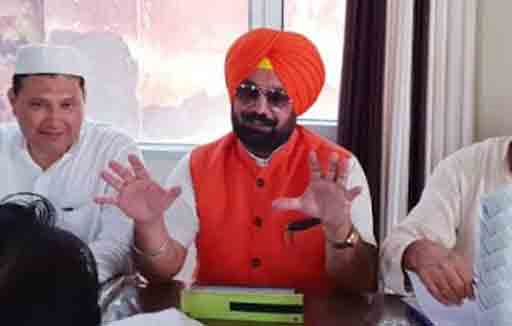 media persons here today Grewal said that Turkey has once again taken an anti-India stance on Kashmir along the lines of Pakistan and Turkish media has started using new terminology for Jammu and Kashmir from 5 August 2019.

He said that however, this is not the first time Turkey has exposed its Pakistani side. Previously, Turkish media was using the term India Authorized Kashmir (IOK) for Jammu and Kashmir and later, under Pakistani pressure, it started using the terms India Occupied Jammu and Kashmir (IOJK) and Azad Kashmir. Grewal said that the move was opposed by India and they lodged their protest with the Turkish national news agency Anadolu Agency, an agency run by the Turkish government. He said on August 15, 2019, an article published in Turkish media by Ruwa Shah, daughter of separatist leader Altaf Ahmad Shah, wrote about how she allegedly felt for her home while living thousands of miles away in Turkey. Sharing his views he also mentioned that the life of children was not normal in Kashmir.

He told that Altaf Shah is accused of terrorist funding in a case registered in 2017 by the National Investigation Agency (NIA), India’s central investigation agency. According to the NIA investigation, separatist leader Altaf Shah was found involved in obtaining and collecting funds by illegal means, including stone pelting on security forces in the Kashmir Valley, burning schools, damaging public property and other conspiracies against India. Grewal said that speaking the language of these separatists by Turkey, openly supporting them is part of President Erdogan’s anti-India conspiracy. Turkey, under the guise of Pakistan, shelters these terrorists and mobilizes the Islamic countries and the future tricks against India.

Grewal said that not only Kashmiri separatists, but over the years it has been observed that a large number of Pakistani journalists have been hired by the Turkish media on the instructions of the Erdogan government to capitalize on extremism in the domestic politics and political wagons, to be carried forward Islam in the world. He said that Turkey has appointed a large number of Pakistani citizens with extremist leanings in Turkish media.

Pakistan going down in every field

What does Pakistan PM’s visit to China mean for India?

What will be the political future of Ghulam Nabi Azad