Home Latest news Transparency, integrity and honesty must be upheld at all times 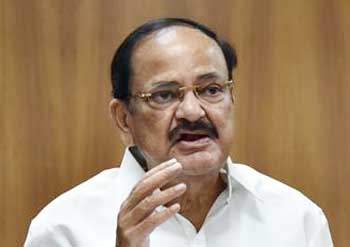 Delivering the Convocation Address at the Institute of Company Secretaries of India, the Vice President stressed that it was important to ensure transparency and accountability in all matters of corporate governance to enhance the confidence of all the stakeholders, including the shareholders.

Stressing the need to protect public money, Shri Naidu said that system has to be foolproof to reduce the scope for any irregularity. Highlighting that the actions of a few have brought bad name to Indian business, the Vice President urged the young Company Secretaries to ensure ethics and accountability in corporate governance through their guidance and handholding. “This profession should be taken as a mission”, he told them.

Expressing the hope that economy would rebound in the coming months, he urged India Inc to take the lead in making it robust.

Stating that India has fared reasonably better than many other nations, including the developed ones, in the fight against the novel coronavirus and in taking steps to revive the economy, he referred to the recent remarks of IMF Chief, Ms. Kristalina Georgieva, who had said that India took very decisive steps to deal with the pandemic and its economic consequences.

Calling for concerted efforts by all the stakeholders in making the economy robust again, Shri Naidu said that institutions like ICSI would be playing a key role in putting the economy back on rails with a focus on good corporate governance.

Stating that strong principles of corporate governance must be the driving force of any company, he said that transparency, integrity and honesty must be upheld at all times and must be reflected in every business activity.

Reminding the students about India’s glorious past, the Vice President said that there was no dearth of talent in the country. The need of the hour is to identify and promote talent. He said that India, the world’s largest parliamentary democracy of over 130 crore people, has the potential to become a self-reliant nation.

Observing that professionals like Company Secretaries will be playing a key role in reviving the economy as India moves ahead in its journey of becoming Atmanirbhar in various sectors, the Vice President urged them to always remain committed to upholding high moral values and ethics. “You should never swerve from the path of righteousness”, he added.

Describing Company Secretaries as the conscience- keepers of the corporate, he said it was imperative for them to be upright and not succumb to any pressure from the management.

Shri Naidu said that professional bodies like ICSI must ensure that corporate entities were not only professionally competent but law-abiding too.

Observing that Company Secretaries hold a distinguished place in the Indian economic scenario, the Vice President advised them to ensure good corporate governance by adopting the best professional practices.

Noting that the Insolvency and Bankruptcy Code has opened up a new era in economic reforms, the Vice President said it was heartening that company secretaries are playing a pivotal role in the Corporate Insolvency Resolution Process.

The Vice President stressed that Center, States and local bodies, all should work as Team India for the development of the nation. He said while the laws are made by the Parliament, their implementation depends on local administration and that decides the efficacy of these laws or policies. Therefore, we need to take good governance to the grassroots level, he said. He expressed happiness that ICSI’s Model Codes of Governance of Gram Panchayat and Charity Governance have been translated into 12 regional languages and called it a testament to the Institute’s commitment towards strengthening governance frameworks at the village or gram level.

Observing that no nation can move forward by forgetting its past, the Vice President urged the younger generation to be aware of our rich history and great civilizational values.

Pointing out that climate change has emerged as a major concern and needs to be addressed,  Shri Naidu urged every corporate entity to accord highest priority to environmental protection while making an investment decision.