Total Read - 30        Comments - 20
INVC,, With a view to ensure holistic and integrated tourism development in close cooperation and coordination with the States/Union Territories, Union Ministry of Tourism has been holding Inter-State Regional Conferences. Three Inter-State Regional Conferences have already been organized at New Delhi (for North Central States/UT Administrations) on August 18, 2009; at Gangtok, Sikkim (for East and North East States) on December 6, 2009 and at Bangalore (Southern States/UT Administrations) on January 16, 2010. The fourth Inter-State Regional Conference is being organized for the Western States/UT Administrations, namely, Goa, Maharashtra, Gujarat, Madhya Pradesh, Chhattisgarh, Daman & Diu and Dadra & Nagar Haveli on March 6, 2010 at Goa in which issues and the bottlenecks coming in the way of the effective growth of tourism sector in the region could be deliberated upon to find the way forward. The Union Tourism Minister Kumari Selja will inaugurate the conference and tourism ministers along with their representatives from the concerned States/UTs are scheduled to attend. During the conference, Open Session with State Governments/UT Administrations and Trade Representatives will be held to discuss among other things Tourist Security and safety, Rationalization of Luxury Tax, Issues to facilitate seamless travel in inter-State circuits, Broad basing of hospitality education and training and Initiation for skill training for the hospitality sector A Domestic Tourism Road Show will also be organized on March 5, 2010 at Goa to show case the Tourism products of the region. 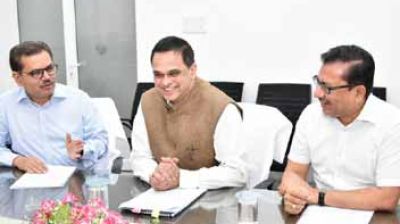 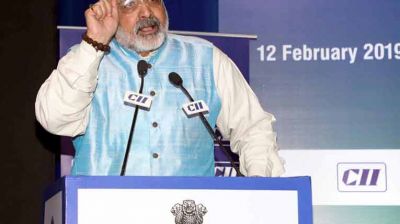 Its Pleasure to understand your blog.The above articles is pretty extraordinary, and I really enjoyed reading your blog and points that you expressed. I really like to appear back over a typical basis,post a lot more within the topic.Thanks for sharing...keep writing!!!

Excellent post. I was checking continuously this blog and I'm impressed! Very helpful info particularly the last part :) I care for such information a lot. I was looking for this particular information for a very long time. Thank you and best of luck.

I am extremely impressed with your writing skills and also with the layout on your blog. Is this a paid theme or did you customize it yourself? Either way keep up the excellent writing, it’s rare to see a great blog like this one these days..

This is my first visit to your blog. We are starting a brand new initiative in the same category as this blog. Your blog provided us with important information to work with. You have done a great job. In Costa Rica there is one tour guide that takes you on a river boat trip then gets out and feeds giant crocodiles by hand near the Tarcoles Bridge, also known as the Crocodile Bridge because of the hundreds of crocs that swim there.

This is my third visit to this blog. We are starting a new initiative in the same niche as this blog. Your blog provided us with important information to work with. You have done a fantastic job. Perhaps the most famous of canadian animals, and certainly one of the largest, is the moose.

Advantageously, the article is really the best on this notable topic. I harmonise with your conclusions and will thirstily look forward to your approaching updates. Saying thanks will not just be adequate, for the tremendous clarity in your writing. I will directly grab your rss feed to stay privy of any updates. Authentic work and much success in your business enterprize! You want to make sure these things are safe, but you also want to make sure they are going to stay put.

Considerably, the article is in reality the sweetest on this notable topic. Your chest feels tight and you may even feel like you are just completely out of control.

Thanks for taking the time to discuss this, I feel strongly about it and love learning more on this topic. If possible, as you gain expertise, would you mind updating your blog with more information? It is extremely helpful for me. You may want to wait until the second trimester starts and then celebration events to show her that this pregnancy is not just about the baby but about her too.

This is my third visit to this blog. We are starting a new initiative in the same niche as this blog. Your blog provided us with important information to work with. You have done a fantastic job.

Do you have a spam problem here; I also use Blog Engine, and I was wondering about your situation; we have developed some excellent practices and we would like to exchange techniques with others, please Email me if you are interested. Not all are worth a try though, and that is when you have to be choosy about what you buy and who you choose to trust.

Strategy brings our dreams to the level of other day to day realities. Describe a situation where you had to explain something complex at work.

That's not good for people who want to lose weight. So even though there are some side effects from the injections it can still be safe to do if you are supervised or very careful. As for your concern about the plateau with the diet each person's body reacts differently to HCG.

Hello, I was researching the net and I ran into your blog. Keep up the great work. Bar interior design is not an exact science.

Hello there, - stumbled upon your current website by chance whilst searching across the web this morning, and delighted that I did! I like the structure and colours, but I need to say that I'm having trouble when it loads. I'm using Camino 2 internet browser for mac, and the menu block wouldn't line up well. i'm fairly certain I have made use of precisely the same layout on a customer's online site about self hypnosis cds, but the menu seems Ok on mine. I imagine the mistake is at this end & I'm guessing today's the day to swap!

Hello, I was researching the net and I ran into your blog. Keep up the great work. complex or community â€“ get your name on it.

Greetings, I'm a college English major and I'm learning a great deal about writing by viewing blogs. I really like your style of writing. It's very easy to understand but with great details. Your choice of words makes it fun to read and understand. That's a big part of writing. Your viewers have to be able to understand what you're conveying to them and it has to be exciting. You need to engage your readers, so they will come back again. You do a fantastic job with all of these aspects. Thx!

The url you mailed surely does not seem to work, does any person have a mirror or backup weblink source?

This postis not showing up for me, I tried to email you. Could you get back to me about this.

You are a very smart person!