The Annual Plan for the year 2012-13 for the state of Sikkim was finalised here today at a meeting between Deputy Chairman, Planning Commission, Mr. Montek Singh Ahluwalia and Chief Minister of Sikkim,Shri Pawan Chamling. The plan size has been agreed at Rs. 1877 crore. This includes Rs 377 crore as part of the Prime Minister’s package for reconstruction of infrastructure damaged in recent earthquake. In his comments of the performance of the State, Deputy Chairman Planning Commission Mr Ahluwalia appreciated the development efforts and pointed that the human development indicators were among the best in the country. He said the growth in agriculture during eleventh plan was better than the national average. The Government was also appreciated for giving priority to organic farming, horticulture and floriculture. On plan performance, it was pointed that the GSDP at Constant Prices rose from Rs. 173932 lakhs in 2004-05 to Rs. 334311 Lakhs in 2009-10 and likely to increase to the level of Rs. 364218 Lakhs in 2010-11 showing an annual growth of 8.95 percent. Likewise the Per Capita GSDP at constant prices rose from Rs. 30730 in 2004-05 to Rs. 55441 in 2009-10 and likely to increase to the level of Rs. 59806 in 2010-11 showing an annual growth of 7.87 percent. Mr. Ahluwalia said tourism is the largest service sector with high growth potential and has attained the top priority sector due to its vast spinoff effects contributing to the overall development through sustained fiscal receipts and employment generation. Sikkim endowed with unparallel natural beauty, clean environment and picturesque location is one of the most potential State for tourism sector to flourish. In Sikkim, tourism has attained a consistent growth. The proactive tourism vision of the State Government, insurgency free environment and friendly people has been one of the major factors in upsurge of tourism in the state. The general trends in rural development over the last two decades indicate that human development indicators like literacy, life expectancy, infant mortality, access to health, sanitation and rural infrastructure like roads, bridges, electricity, water, toilets, houses, school, hospitals, telecommunication etc. has been increasingly universalized. However there is a declining trend in terms of relative contribution of agricultural sector to the economy and also as an employer. Briefing the Commission, the Chief Minister said that over the past two decades, the state has adopted the path of sustainable development. It is the policy of the Government to develop rural areas of Sikkim at par with towns and cities by providing all basic and modern amenities and sustainable employment opportunities in rural areas with a vision to develop Sikkim as an eco-city State. He said the recent earthquake has caused massive damage to the infrastructure and the Development process of Sikkim has suffered a major setback and programmes can only be successful with liberal financial assistance from the Government of India in the 12th Five Year Plan and particularly in the Annual Plan 2012-13. 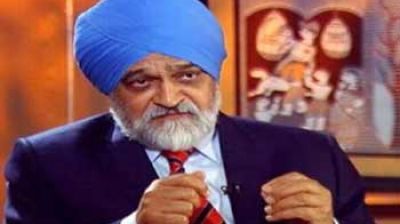 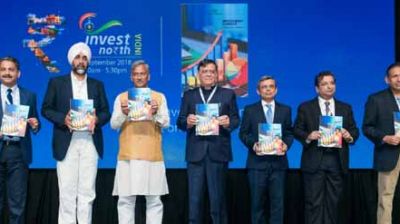 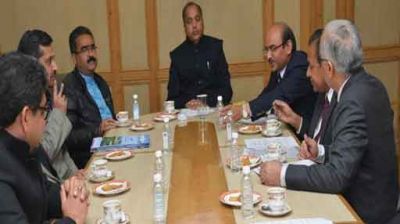 Surplus land of BBMB will be used to set up...