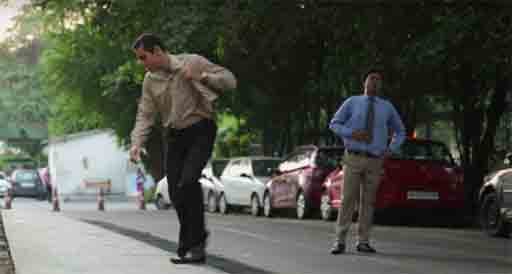 Remember the 6S method and rush to the hospital 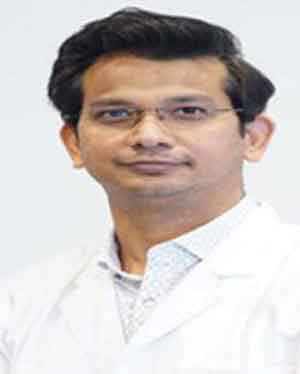 Brain being the most enigmatic and important organ of the body is kept well protected on all sides by the skull. Yet with bad lifestyle and pertaining ailments, it may be exposed to various dangers plaguing the mankind. Stroke is one such disease that affects almost one in every four individual, worldwide.

The prevailing incidences of stroke, is quite evident that epidemic like situation is bound to prevail in India, as more and more young Indians (20-40 years of age) are under its radar. When almost 80% of all stroke incidences are avoidable or preventable, what is the prime reason that is deteriorating the health of the youngsters? Not only this is the duty of the medical fraternity to increase awareness about the risk factors of stroke and ways to prevent it, but the younger generation also needs to adopt certain lifestyle changes to prevent stroke from becoming an epidemic.

Pertaining to poor lifestyle choices, especially in the eating habits, the intake of junk food, meat and eggs, cases of coronary arterial Diseases, stroke and intracranial hemorrhages have gone up in the past decade. While cumulative effects of poor lifestyle including stress, smoking, and bingeing on alcoholism, poor eating habits and lack of physical activities have been attributed for causing a stroke, a healthy dietary consumption has strong evidences in prevention of atleast 80% of all strokes.

As per the recent data provided by WHO, every 40 seconds someone has a stroke and every 4 minutes someone dies of a stroke attributing to a plethora of reasons with leading factors like high blood pressure, high cholesterol, diabetes, smoking and obesity. From the global statistics of stroke, India leads in the number of people affected with stroke, and are extremely unfortunate to have one of the highest incidences of brain attack in the world as well.

Strokes can be deadly!

Brain attack is a serious and alarming condition and is usually less forgiving than heart attacks. Apart from other major factors contributing for stroke, regular physical inactivity also accounts for the onset of stroke at an early age. Regular exercise not only helps in maintaining the overall health but also keeps at bay a list full of diseases. Other major ailments that are related to raise the risk of stroke include hypertension, diabetes and high cholesterol levels.

Hypertension is one of the biggest risk factors for stroke, attributing to over 50% of ischemic strokes (due to blockage) and increasing the chances of hemorrhagic stroke (bleeding in the brain). Thus regular exercise helps in maintaining the blood pressure levels, thereby reducing the risk for brain stroke by upto 80%.

As it is a well-known fact that, diabetics have a twice likely chance to suffer from stroke, as the increased blood sugar levels damages all the major blood vessels providing as a gateway for onset of ischemic stroke. Regular exercising not only helps in controlling the blood glucose levels but also curbs down the chances of developing a stroke attack in diabetics.

A high cholesterol level in the body is another attributing factor for stroke. With increased levels of LDL(bad cholesterol) the risk for plaque build-up also increases causing atherosclerosis. This makes them prone to losing the integrity of their lining leading to formation of clots, which in turn can prevents blood flow and leads to a stroke. Lack of physical exercise leads to major complications and can have devastating effect on the vascular system of the brain as well.

There is a dire need to raise awareness among the public to act swiftly against stroke. The 6 S method helps to diagnose an onset of stroke –

Various studies have shown that a patient suffering from ischemic stroke loses 19 lakh brain cells, around 140 crore nerve connections, and 12 Km of nerve fibers every minute. Any minutest delay in intervention in such patients result in irreversible paralysis and even death.

Since brain attacks can cause irreversible damage, it is important to act timely and rush to the nearest hospital. The most important step in managing brain attack is diagnosis. Remember the 6S method to diagnose stroke.

The treatment of stroke depends on the type, the patient is experiencing, and around 85% of all strokes are ischemic (blocked blood vessel), which can be managed through intravenous medication tPA(recombinant tissue plasminogen activator) if given within 4 hours of onset of stroke.

Mechanical Thrombectomy – In case if a patient has an occlusion in the large blood vessels, this method assists in treating the blockage and restoring the blood supply. This therapy is beneficial in patients up to 7.3 hours after stroke onset and there are ongoing studies to extend this window to 24 hours.

In the hands of an expertise and advanced technology, this procedure can be performed safely and quickly. The biplane technology, an advanced equipment, provides a 3D view of the brain blood vessels for safe access thereby reducing the risk of any complication.

This procedure is done through a small nick in the groin from where catheters are navigated by a qualified Interventional neurologist into the brain and the clot is then taken out restoring the blood flow. After the procedure, the groin is sealed. There is no open surgery involved. Recent trials have shown that patients do exceedingly well post mechanical thrombectomy and have a greater chance to live life independently.