New Delhi,
Hardeep S.Puri, Minister of State (I/C) for Housing & Urban Affairs has called for making creative public art as an essential component for our works.  Addressing the Round Table on the theme of Public Art in Delhi, here today, Shri Puri stated that the time has come to plan for public art work in Delhi on a large scale by making it a component of all developmental plans and architectural designs.  The objective of the Round Table organized at the initiative of Ministry of Housing & Urban Affairs by Delhi Urban Art Commission is to bring together on the same platform artists, urban designers, city planners, architects and Government representatives to provide their valuable inputs on the subject.  Shri Durga Shankar Mishra, Secretary, Ministry of Housing & Urban Affairs, Shri Manoj Kumar, Additional Secretary, Professor P.S.N.Rao from DUAC, besides leading architects and artists were also present on the occasion. Addressing those present, Shri Puri stated that “the intention today is to have an interactive session.  This is not intended as a one off meeting but one designed to commence an interactive process.  Besides celebrating the nation’s cultural diversity, Public Art should aesthetically celebrate the country’s rich cultural heritage with national, regional and local themes”.  In many National Capitals of the world, public spaces are seen as an opportunity for displaying Creative Art Work.  Such creative and artistic works not only beautify the city but also capture its soul.  They not only enhance the aesthetics of public spaces but also raise the stature of the city in the eyes of the visitors and have great potential to boost tourism.  Such public art also strengthens the affinity a resident of the city feels for the city, he further added. DUAC has come up with guidelines on Public Art which would help in encouraging integration of Art Work with Public Projects.  “When we have resolved to further develop Delhi as a world class city with the state-of-the-art infrastructure and facilities to boost its potential for tourism as well as for holding world level conferences and seminars, there is no reason why we should not make creative public art as an essential component for all our works.  We have a vast reservoir of talent in the form of creative artists, sculptors, painters and designers who have made their name the world over by designing such public art, whenever they have been offered an opportunity to do so.  We need to tap this vast potential to beautify Delhi in the first instance and thereafter carry the movement forward to other cities and towns of the country”, Shri Puri said.
Read the full article
Tags: Hardeep S Puri 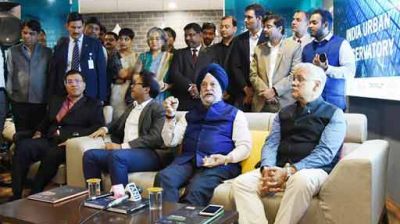 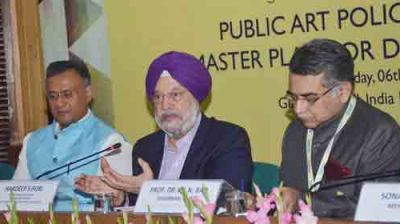 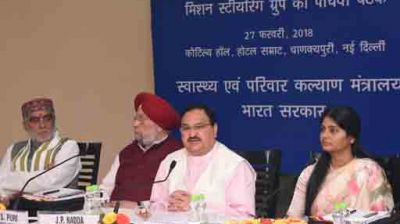 NHM is vital to supporting the states in improving their...