The Chief Minister Shri Shivraj Singh Chouhan said that Madhya Pradesh will strive to take up gender sensitisation beyond governance mechanisms and make it a people’s movement.

Shri Chouhan also pronounced his resolve to make gender perspective an integral component of governance saying that performance of development programmes will be evaluated using indicators for gender sensitivity. He made these observations while giving a comprehensive presentation on ‘Women’s Social Empowerment and Improved Access to Services and Livelihoods in Madhya Pradesh’ before the World Bank’s senior officers at Washington DC on October 2, 2012. He was specially invited to the World Bank to speak on the strategic steps for socio-economic and political empowerment of women in Madhya Pradesh.

Elaborating thought processes, designing of suitable schemes, implementation mechanisms and Political Will for advancement of women, Shri Chouhan said that the issue of empowerment of women must be look at from the standpoint of social justice.

Referring to Millennium Development Goals focusing on physical, social, economic and intellectual empowerment of women, Shri Chouhan said that thrust on gender equality issues will have a positive impact on social development goals. He said that perceiving women’s empowerment as a fundamental right will invigorate right thinking people across the world.

How Is M.P. Advancing?

Listing the steps for empowerment of women, Shri Chouhan said that improving leadership skills among women helped than have leadership roles in Panchayat Raj Institutions and local urban governance bodies proved instrumental. They draw up plans, implement them and also monitor how productively money is being spent at the grass root level.

Shri Chouhan said that 56 percent representatives in these bodies are women against the provision of 50 percent reservation of seats for them. It is also heartening to note that 150,000 women have assumed leadership roles. He said that women have been empowered to claim their rights to ownership of resources including land and property in their respective families. It is an attempt to give equal right to women in ownership of properties, he added.

Regarding educational empowerment of girl child, the Chief Minister elaborated the salient features of unique Ladli Laxmi Yojana (scheme for educational empowerment of girls) that was launched in 2007. He said that every girl child will receive Rs. 1, 18,000 (US $ 2200 approximately) when she attains the 21 years age. He said that the scheme has made a profound impact on the mindset of masses as birth of girl child has become an occasion for celebration. In last five years, more than 1.2 million girls have been covered under the scheme.

Expressing concern over declining trend in child sex ratio despite sincere efforts, the Chief Minister said that declining number of girl child is unacceptable for a sensitive leader. The alarming situation required urgent action and the result was the launch of Save Girl Child Campaign last year. The campaign have received momentum with an overwhelming support from all quarters – people’s representatives, civil society and religious heads. He said that Madhya Pradesh will further carry it forward more vigorously with constant evaluation.

Referring to a unique scheme of state-supported mass marriage of poor daughters – titled Mukhya Mantri Kanyadaan Yojana, Shri Chouhan said it has proved an effective apparatus to address irksome issue of child marriage and dowry. Underscoring the impact of this scheme, he said that solemnizing marriages of daughters belonging to different communities and religious faiths at one place fosters communal harmony and goodwill. More than 225,000 families have received benefit of the scheme.

Describing female literacy as the utmost requisite for enlightened society, Shri Chouhan said that more than 5 million girls have been given free school uniform and free text books at primary school level in government-run schools. They have also been given free cycles to reach the schools from their homes. As many as 8.5 million school children including girls receive cooked meals free of cost in their respective schools round the year. The food is prepared by 76,750 women Self Help Groups. He also talked about financial support in the form of scholarships to meritorious girls who belong to villages and urban areas pursuing higher studies. Besides, 10 million children of 6 months-3 years and 5 million expectant pregnant & lactating women are receiving nutritious supplementary food.

Shri Chouhan in his presentation said that domestic violence against women is also a major concern. He said that Madhya Pradesh state has engaged Protection Officers in every district to support the victims of domestic violence. Going further, 212 family counseling centres have been opened at police stations.

The Chief Minister said that achieving coverage of total sanitation would bring about dignity and honour to the womenfolk for whom a total sanitation campaign has been launched titled Maryada Abhiyan (A Drive To Honour Dignity), he said.

A total of 56091 female Accredited Social Health Activists are available in villages helping the community access basic health facilities. They are also visiting door-to-door for health counseling and care of newborns.

Discussing the impact, Shri Chouhan said that substantial increase has been noticed in institutional delivery which improved from 26.2% in 2005-06 to 81% in 2009. Similarly, reduction in Maternal Mortality Rate has also been observed. It was 379 in 2001-03 and came down to 310 in 2010-11. The Infant Mortality Rate has also declined from 70 per thousand live births to 62, he said.

The Chief Minister said that gender budgeting has positively influenced policy making and helped realization of women's rights. He said that focus has been centred on eradication of mal-nourishment among children for which a mission titled Atal Bal Arogya Mission has been launched. Public participation is the key, he said.

There is  no scarcity of fertilizers across the country during... 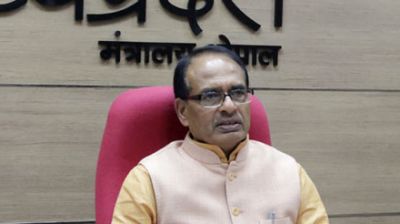