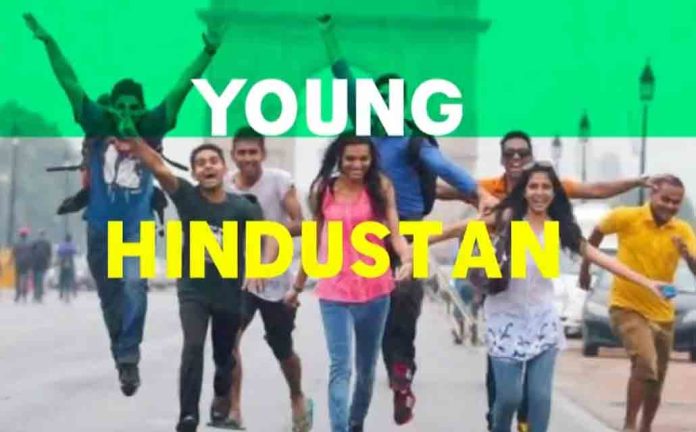 ~ Aligned with its ‘Apni Tribe, Apni Vibe’ mantra, the popular youth-centric channel has released this rhythmic number and has a curated music and movies line-up to keep viewers entertained ~

INVC NEWS
New Delhi ,
Youngsters enjoy melodies that move them and lyrics that touch their hearts. The growing popularity of music genres like rap, hip hop, and pop pack a punch with impeccable raw energy, rhyme, and poetry, says it all. Sensing the vibe once again, – India’s most-loved youth-centric entertainment channel – has created a foot-tapping rap song for its Gen Z audience. The video will be released on the channel and social media platforms today August 12 to celebrate International Youth Day.

Young ‘Hindustan’ is all for original content that reflects their mind. This new track by Zing echoes the progressive and diverse belief system of today’s youth. With the right beats and thoughts in place, the song raises a toast to the vibrance of young India. As an entertainment channel, Zing wants to entertain and celebrate its valued audience, with this track that reflects the enthusiasm and the go-getter drive of Gen-Z.

There’s more! In its music slot Yolo Hits, Zing will air a curated music playlist featuring songs from youth icons like Arijit Singh, Aastha Gill, Sachet Parampara, Badshah and Diljit Dosanjh. Additionally, will also broadcast two popular films, namely Jaane Tu… Ya Jaane Na and Loveyatri: A Journey of Love on August 12. Directed by Abbas Tyrewala, Jaane Tu… Ya Jaane Na is a hit romantic comedy starring Imran Khan and Genelia D’Souza and will be shown at 11 am. Loveyatri: A Journey of Love, on the other hand, is a refreshing romantic musical directed by Abhiraj K Minawala and features Aayush Sharma and Warina Hussain. The film will be aired at 8 pm.

Sharing his excitement about the video launch, Arghya Roy Chowdhary, Chief Channel Officer – Zing said, “Zing is the go-to youth entertainment channel and has captivated its audience with its distinct line-up of national and international content. This International Youth Day, we wanted to celebrate the never-say-die spirit of our young audience with not just content, but something more. So, we came up with this composition. The song fits effortlessly with the core demands and dreams of young India. To top it off we have also curated a youth-centric programming line-up that will keep them entertained throughout the day.”