This will truly give confidence to the business communities and stakeholders

The National Conference with States on Logisticswas organized on Tuesday 19th January, 2021 by the Department of Commerce, with the objective to initiate a consultative and collaborative framework for the Central and State Governments to work in a coordinated manner in the logistic sector.  The Conference was attended by more than 175 participants from the States and UTs, Central Ministries and Industry bodies.

The Conference emphasized that States have a key role to play in improving the country’s logistics performance.  A comprehensive 18 Point Agenda was presented to the States to improve the logistics.  Thrust areas for logistics improvements in the States were identified as city logistics, simplification of approvals for warehouses, facilitation for warehousing development, reducing burden on truck movement and addressing shortage of truck drivers.  It was decided that Ministry of Commerce & Industry will work with Ministry of Housing and Urban Affairs to focus on 50 cities for logistics planning initially.  A plan for facilitation to reduce enforcement burden on truck drivers will be developed.  Many States have already appointed senior officers as nodal officers for logistics and others will do the same in a short period of time.  State Level Coordination Committees on Logistics will be formed.  Central Ministries looking after the transportation will appoint State Nodal Officers to coordinate with the States.  The Logistics Division of the Ministry of Commerce & Industry will embark on things on survey to assess and rank States on logistics performance.  The State ranking will focus on data in addition to perspective on logistics performance.  Support will be provided to the States to improve the capacity for logistics coordination.  A City Conference will also be organized to take forward the initiatives of the Conference.

The States of Uttar Pradesh, Karnataka, Tripura, Gujarat and Madhya Pradesh made presentations, during the Conference, on policy initiatives taken by their respective States in the logistics sector.

In his address, Union Minister of Railways, Commerce & Industry, Consumer Affairs and Food & Public Distribution Shri Piyush Goyal said that a National Logistic Policy which is under consultation, will work as a template for better coordination and integrated development in logistics sector.  He said that logistic team in the Ministry of Commerce & Industry is trying to integrate various means of transport, documentation and stakeholders through technology platforms, into a much-simplified way of working, which will enhance the Ease of Doing Business.

Lauding the cooperative spirit of the Conference, Shri Goyal said that this will truly give confidence to the business communities and stakeholders.  He said that logistic is about ensuring customer satisfaction.  The Minister said that logistic is all about: Getting the Right product - In the Right condition - At the Right place - At the Right time - To the Right customer. Describing Logistics as the lifeline of the nation's economy and industry, he said that in the midst of the lockdown, we were able to ensure that not a single person had to suffer for want of food grains, power or essential commodities.  He stressed on the need for having special coordinated efforts to end the problem of overhang on trucks which should be tackled in a mission mode.  He said that India has been able to demonstrate to the world its resilience and capacity to face adversities.

Minister of State for Commerce & Industry Shri Som Parkash emphasized on strengthening the logistic ecosystem, as it is the backbone of the country.  He called for reducing the logistics costs from the present 13% to 8% which will help Indian trade become competitive, create jobs, improve India’s ranking and make it a logistics hub for global supply chain.  He said that each State must have a logistics policy and State should focus and develop the infrastructure.

Speaking on the occasion, Minister of State for Commerce & Industry Shri Hardeep Singh Puri stressed on the importance to have institutional mechanism to synergize all stakeholders concerning city logistics. He said that the LogisticsDivision of the Commerce Ministry and the Smart City Mission of the Ministry of Housing and Urban Affairs will collaborate with identified cities to assist them, wherever required, in setting up a mechanism for coordination with Central Government agencies.    Shri Puri said that cities need to develop supply chain awareness and plan for infrastructure and its efficient use in existing and future scenarios.  He emphasized on rapid increase in urban space and assimilation and analysis of data to identify data flow in life city growth aspirations and infrastructure plans. 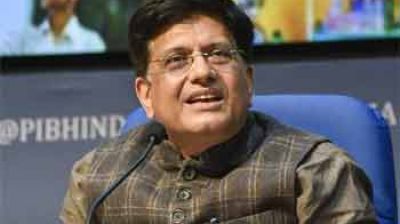 Industry should be invited for more dialogue, participation and collaboration

Women entrepreneurs have done us proud

Railways can play an important role in development of West...