This will provide a major boost to the sector : Prakash Javadekar

INVC NEWS New Delhi, Rapid urbanization and industrialization over the recent decades has resulted in increased waste generation in Indian cities. The municipal solid waste (MSW) menace has now assumed alarming proportions, with the latest Central Pollution Control Board (CPCB) report indicating the discharge of 1,44,165 tonnes per day (TPD) in the country, and this is projected to go up to a whopping 2,65,834 TPD by 2017 (MNRE, GoI estimate). As per the Municipal Solid Waste (Management and Handling) Rules, 2000, notified by the Ministry of Environment and Forest, and Climate Change, GoI, the municipal bodies are responsible for collection, segregation, processing, and disposal of waste. However, the compliance rate for these rules is very low, resulting in disposal of more than 80% of the waste indiscriminately in dump yards in the most unhygienic manner, leading to problems of health and environmental degradation. As per the recent NITI Aayog report, if normal MSW disposal techniques involving scientific landfills are adopted, the land required for this purpose would be a staggering 66,000 hectares over the next 20 years. It is therefore imperative to minimize the waste going to landfills through processing of MSW using appropriate technologies. In view of the above, the Ministry of Environment, Forest, and Climate Change recently reviewed the MSW (Management and Handling) Rules 2000, and issued the draft Solid Waste Management Rules 2015. Waste-to­energy (WTE) projects thus play a critical role in achieving safe and integrated solid waste management in an environmentally sound, socially accepted, and economically feasible manner. In addition, these projects have the potential to generate between 4000 MW–6000 MW of clean and green power. The conference was inaugurated by Shri Prakash Javadekar, Hon. Minister of State (Independent Charge) for Environment, Forest and Climate Change,Government of India, who was the Chief Guest. Speaking at the inaugural session of the conference, Mr. Javadekar said that the topic of waste-to-energy is very close to his heart. Speaking on the technologies available for waste-to-energy, the Minister said that current Municipal Waste processing practices are ‘contract-driven’ and not subject to proper assessment with regard to technology and processes. To tackle this major problem, Mr. Javadekar said that the Department of Science and Technology, Govt of India, has established a separate cell, which, with the network of all the scientific establishments will verify, check, assess the appropriate technologies for processing the waste. This will provide a major boost to the sector. He also said that 86% of sewage was going untreated and entering water bodies, causing water pollution and related health problems. Thus ‘responsible’ waste management is the need of the hour he said. The new draft Solid Waste Management Rules, 2015, envisage facilitation, construction, operation and maintenance of solid waste processing facilities and associated infrastructure in-house or with private sector participation, for optimum utilization of various components of solid waste by adopting appropriate technologies, thus helping solve the untreated sewage problem. The final aim, he said, was reduction of the carbon footprint. The Hon Minister went on to add that the government has introduced some unique programmes for countering the waste problem in the country. First was introducing waste management in schools. Four bins have been provided for each school for segregation of plastic, petro, tin, and glass waste. Children are encouraged to bring waste and drop it into the bins. The waste is then recycled and money obtained from this is used for carrying out various activities of the school. Another unique intervention was recognizing the value of the ‘unrecognised’ class or ragpickers who play an important role in segregation of waste in the country. The Minister said that henceforth, these ragpickers will be duly felicitated every year for their work in the sector. Concluding the session, Mr. Javadekar said that going by the model example of the city of Surat, which is a clean city today, courtesy the Swachh Bharat Abhiyan, he said that the campaign had ‘clicked’ with the society and was proving to be a boost for overall health as well as tourism in the country. Mr. Praveen Prakash, Joint Secretary, Ministry of Urban Development (MoUD), GoI, who was the Guest of Honour at the inaugural session, stated that the Government of India has set a target of generating 700 MW energy from waste by 2019. For this, many concrete steps have been taken by the government. These are as follows: Purchase of power by the Distribution Companies from any city generating power from waste is now Mandatory. The Ministry of Fertilizers has made it mandatory for co-marketing of city compost by the fertilizer marketing companies and they would be entitled for an incentive Rs.1500/tonne of compost, the notification of which has been made on 10 Feb 2016. All companies marketing urea to verify how much composting has been done by them. This was notified on 22 January 2016. Thermal plants located within an 80 km radius of a sewage treatment plant should compulsorily use the treated waste water for their plant. Mr. Prakash said that there is an urgent need for reducing interest rates for loans for waste-to-energy projects. He concluded that the deliberations/conclusions derived from the conference will be affirmatively taken up by the Ministry of Urban Development with the objective of enhancing the growth of the sector. Also present as the Inaugural Session were Mr. G M Pillai, Founder Director General, WISE, and Mr. Mahesh Babu, Managing Director, IL&FS Environment Infrastructure and Services. Mr. Mahesh Babu said that the ILFS Ghazipur waste-to-energy plant is on trial run and necessary measures to control emissions within the prescribed Euro norms have been taken by the plant.

We’ll discuss all these suggestions and demands with respective Ministries 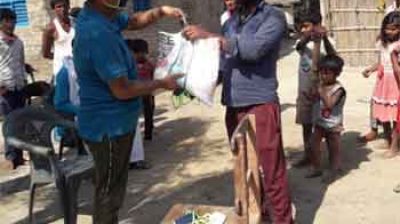 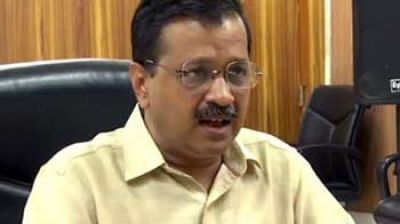