Home Latest news This wall had now been demolished 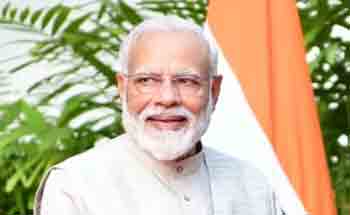 Prime Minister Narendra Modi said that the Article 370 of the Indian Constitution only gave separatism and terrorism to Jammu & Kashmir. He said for decades the presence of this article only erected an artificial wall of schism between the people of the country. Prime Minister was addressing on the occasion of the Rashtriya Ekta Diwas, to commemorate the Birth Anniversary of Sardar Vallabhbhai Patel, at Kevadiya today. He said Article 370 contributed to nothing but separatist attitude and terrorism and that our brothers and sisters who were on the other side of this artificial wall were confused. Prime Minister said that this wall had now been demolished. “In the entire country, Jammu and Kashmir was the only place where this Article 370 existed” he said. He said, “In the last three decades more than 40,000 people lost lives due to terrorist activities, several mothers lost their children, sisters lost their brothers and kids their parents”. Prime Minister said, “Those who cannot win wars against us, they are challenging our unity But they forget, despite yearning for ages, none has been able to vanquish the spirit of unity within us”. He said, “With the blessings of Sardar Patel, the country has taken a major decision a few weeks ago to defeat such separatist forces, that is to abrogate the Article 370” Prime Minister said, “Once Sardar Patel commented that if the issue of J&K were left to me, it would not have taken this long to resolve it. “ He said, “I dedicate the decision of abrogation of Article 3790 to Sardar Vallabhbhai Patel on his birth anniversary” “I am happy that this decision of ours, would now lead Jammu & Kashmir and Ladakh towards a bright future and on the path of progress.” Referring to the recent Block Development Council elections in Jammu & Kashmir, the Prime Minister said, “the voter turn around was more than 98%. The voters who are Panchs and Sarpanchs have turned out in large numbers to cast their ballot and that this gives a huge message.” Prime Minister said, “Now the era of political stability would begin in Jammu & Kashmir. The game of forming governments for individual selfish reasons would end and that the feeling of discrimination on regional lines would also diminish” “An era of true participation in the cooperative federalism would begin in the region. New Highways, new railway lines, new schools, new colleges, new hospitals would take Jammu & Kashmir to new heights of progress” Referring to the progress being made in the North – East, the Prime Minister said “Today the separatist tendencies in the North East are moving towards assimilation and progress. Decades old problems are now finding solutions. Entire North –East is today finding itself free of decades old violence and blockades” He said, “With the inspiration drawn from the work of Sardar Patel, we are providing a fillip for the complete emotional, economic and constitutional integration of the country. This is one such effort, without which we cannot visualise a strong India in the twenty first century.” Referring to the ideals of Sardar Patel, the Prime Minister said, “Unity of Purpose, Unity of Endeavour and Unity of Aims are essential for the stability of country and that this was the ideology of Sardar Patel, that we have an egalitarian attitude in our objectives, purpose and targets” Prime Minister said that when we go ahead on this path of National Unity only then we can achieve the goal of “Ek Bharat Shreshtha Bharat.”

GOI had no business to be in business and that the Government intends to create an enabling environment for various kinds of industries...

Modi government has done away with around 1500 rules, including abolishing interviews for recruitment

The security grid should be further strengthened to ensure zero cross-border infiltration : HM