Home International This time only people below 65 years of age will be able... 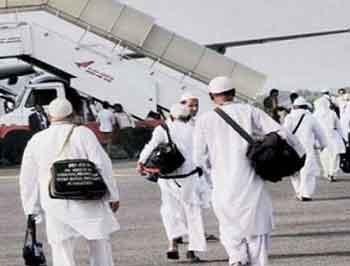 In fact, the government of Saudi Arabia has informed India that this year Indian citizens will be able to perform Haj. Haj pilgrims will be required to undergo corona test and vaccination is mandatory for all pilgrims. According to the information, the officials have completed all the preparations regarding Haj 2022. Out of total 79237 Haj pilgrims, 56601 will go through Haj Committee of India, while others will be able to go through private tour operators.

According to Minority Affairs Minister Mukhtar Abbas Naqvi, 10 embarkation points have been fixed for Haj 2022 instead of 21 which include Ahmedabad, Bengaluru, Kochi, Delhi, Gauhati, Hyderabad, Kolkata, Lucknow, Mumbai and Srinagar. At the same time, Haj pilgrims from Delhi, Punjab, Haryana, Himachal Pradesh, Chandigarh, Uttarakhand, West Uttar Pradesh and Rajasthan will be able to go on Haj pilgrimage from Delhi Embarkation Points.

Ratn Shastra : What are the benefits of wearing white coral ?