This strategy would accelerate the growth of exports : Anand Sharma

INVC,, Delhi,, Anand Sharma, Union Minister of Commerce & Industry, while releasing the draft strategy paper for doubling exports, here today, said that India’s exports will touch US $ 450 billion by 2014 and added that the exports during 2010-11 will reach US $ 225 billion. Interacting with the media persons on this occasion, Shri Sharma said this strategy would accelerate the growth of exports so as to keep the trade deficit within manageable bounds. Dr. Rahul Khullar, Commerce Secretary, informed that the strategy paper is prepared mainly for increasing our exports and to double the same by 2014. As regards engineering sector, Shri Sharma said that engineering sector has done considerably well and now need to move up the value addition chain for high value precision engineering both for domestic production and exports. He added that together with the Engineering Export Promotion Council (EEPC), we have set ourselves a target of tripling engineering exports of US$ 120 billion by 2015. The Minister informed that “we are uploading the Draft Strategy Paper on the website to invite comments and suggestions from all stakeholders. The paper represents work in progress and is a first draft. We are requesting all respondents to give us their comments by 23.03.2011 so that we can move forward and finalise the Strategy paper before the close of the fiscal year”. The strategy for export promotion hinges around 4 key elements. At first level, there is a product strategy where clearly we need the build on the intrinsic strengths of our industry such as engineering and chemicals. The pharmaceutical industry which has largely been dominated by generic so far has the prospect of great expansion not just in terms of the expansion of space of generics as such, as more and more medicines go into the sunset clauses of IPR, but also in collaborative research and new drug discoveries. Shri Sharma said: “We have constituted a group of Government and industry to come out with a clearly defined roadmap and strategy on how to occupy the space which is emerging on the horizon. The electronic hardware industry is an area in which we have so far not yet reached our true potential and it is my belief that as our engagement with the world increases, we will be able to facilitate the establishment of electronic hardware manufacturing facilities for the export market in India”. Leather products and textiles not only generate tremendous employment and have a high value addition but have been sources of traditional strengths. In the leather sector, “it shall be our endeavour to ensure diversification of product based and move into high value added products specially the high end fashion shoes in the developed world and similarly, in the textiles, we would like to give a focused attention on specialized niche markets which would add to our export potential”, the Minister said. Gems and Jewellery sector though has relatively low value addition but has contributed to employment needs to get sustained support. In the larger agri-export business, Shri Sharma said that we have strengths in certain plantations which would be given a focused attention as would marine products and organic products for which new markets are emerging specially in the developed world and added that in the iron ore exports we would like to incentivise value addition rather than exporting the raw material. A second pillar would be a strategy of market diversification as in the coming years, the developed world is unlikely to see high growths and strong demand. There is a clear rebalancing of the global economic order underway and markets in Asia, Africa and Latin America will certainly have far greater potential. “Therefore, in the last 1½ years we have stepped up our engagement with the countries of East Asian region after signing the Free Trade Agreement with ASEAN, CEPA with Japan, Malaysia and Korea and we have initiated action for similar agreements with New Zealand and Indonesia. With Europe, I am hopeful that in the next few months, we will see a conclusion of a deal and we would step up our deals with the MERCOSUR countries and the countries of African region”, the Minister highlighted. A third pillar of the strategy would be the support used for technology and R&D. The Minister said that we will specially give support and incentive to pharmaceutical in the market, to electronics for establishment of at least one fabrication facility over the next three years. For automobile sector, in upgrading to the medium car segment, in computer and software based smart engineering apart from environmental goods to the green technologies and the area of high technology including space and engineering. Lastly, Shri Sharma informed that “we also will give a focused attention in building a Brand India which would need strengthening of quality enforcement regime through BIS, Export Inspection Council and our export promotion councils will be tasked with building a brand strategy which will resonate in the global markets. On the whole, by 2014 we would like to see doubling of our exports in Textiles, tripling of our exports in gems and jewellery and engineering, tripling of exports in electronics goods, doubling our agri-exports and tripling our leather sector exports”.
Read the full article
Tags: free business news invc Commerce Secretary Dr. Rahul Khullar This strategy would accelerate the growth of exports : Anand Sharma 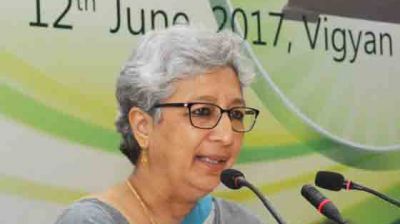 Opportunities in newer markets have to be searched for further...

WTO provides a unique opportunity to strengthen the rules on...