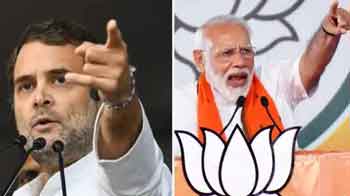 This is the biggest twist in Gujarat politics so far .Before the Gujarat assembly elections, a big twist has come in the politics of North Gujarat. Dudhsagar Dairy Founder Late. On the birthday of Mansingh Patel, a Sneh Milan ceremony has been organized by Arbuda Sena. Prime Minister Narendra Modi has been invited to attend the ceremony. The big twist is that self. Mansingh Patel’s son and former Gujarat Home Minister Vipul Patel is currently in jail in connection with financial irregularities.

In the midst of all this, Bharat Singh Dabhi, BJP MP from Patan, wrote a letter to Prime Minister Narendra Modi. Invited as a guest in the Sneh Milan function organized on the birthday of Mansingh Patel. Bharatsingh Dabhi in a letter to the Prime Minister said that Mansingh Patel is the founder of Dudhsagar Dairy located in Mehsana and the people of North Gujarat respect him even today.

Now it has to be seen whether PM Modi accepts this invitation and attends the Sneh Milan ceremony to be held on November 15 or not. BJP is running on repeat and no repeat theory to save its stronghold. At the same time, AAP is trying to strengthen its position in Gujarat with the OBC, tribal and Patidar formula in the first phase of elections.

If Prime Minister attends the program organized by Arbuda Sena, then there is a possibility that Chaudhary community may come towards BJP. However, due to Vipul Chaudhary being in jail for the time being, in which direction the Chaudhary society will go, only time will tell. PLC/GT