This is particularly evident in the light of the fact : Dr Jitendra Singh

INVC NEWS Ooty, Tamilnadu, The Union Minister of State (Independent Charge) of the Ministry of Development of Northeastern Region (DoNER), MoS PMO, Personnel, Public Grievances, Pensions, Atomic Energy and Space, Dr. Jitendra Singh has said that as a matter of principle and as an essential dictum, it is mandatory for every pregnant woman to undergo a Blood Sugar test as soon as she comes to know of her pregnancy and ideally, even before pregnancy when she is planning a baby. He was addressing the inaugural session of the Annual Conference of Diabetes in Pregnancy (DIPSI 2015) in Ooty, Tamilnadu today.

Dr Jitendra Singh said, if India is to get rid of the dubious distinction of a country with an epidemic of diabetes, it is imperative to prevent the occurrence of diabetes in pregnancy, particularly Gestational Diabetes Mellitus. This will not only result in better outcomes for both mother as well as her baby, but will also help in preventing the cycle of generation to generation transmission of diabetes through family preponderance, he observed. This is particularly evident in the light of the fact that children born to diabetic mother are not only prone to develop diabetes, but are also at the risk of diabetes at a much earlier age, he added.

In a country like India, Dr Jitendra Singh said, where there is already a higher phenotype preponderance for diabetes and carrying out a mass blood sugar test is fraught with several hassles, the need of the hour is to indigenously devise easier methods for screening of diabetes in pregnancy. For this purpose, he advocated that any pregnant woman visiting any hospital or clinic at any period of her pregnancy, early or late, should be immediately subjected to a blood sugar test, irrespective of whether she is fasting or non-fasting. There is enough data to show that by doing so, it is possible to pick up undetected Diabetes during pregnancy or even to detect tendency to develop Diabetes, he added. For further simplification of this process, Dr Jitendra Singh advocated that instead of going in for conventional Oral Glucose Tolerance Test, it is advisable to go for a single Glucose Challenge Test (GCT). He said, in India after Dr. V. Seshiah, he was among the first to have carried out and compared conventional oral glucose test with single glucose test and the conclusion was that even with single GCT, the sensitivity and specificity of screening was100% accurate. This procedure, he said, has reduced the cost of test which is an important consideration in a developing country like India and at the same time, it eliminates the requirement of calling pregnant woman next day on an empty stomach which very often she may be unable to come back on account of several domestic or family reasons.

Dr Jitendra Singh complimented Dr. V. Seshiah whose concept of single glucose challenge test has been acknowledged across the world and also by the World Health Organization. Dr Seshiah is truly the father of ‘diabetes in pregnancy research’ in the world, he said. 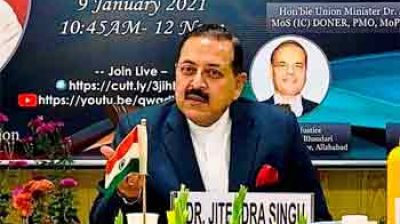 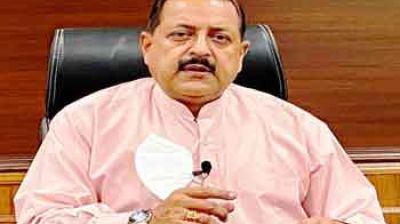