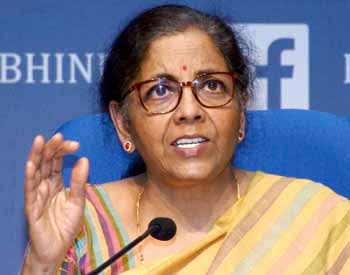 New Delhi ,
The issue of GST rate on alcohol based hand sanitizers  has been reported in  few sections of the media.   It is stated  that hand sanitizers attract GST at the rate of 18%. Sanitizers are disinfectants like soaps, anti-bacterial liquids,  dettol etc which  all  attract duty standard rate of 18% under the GST regime. The GST rates  on various items are  decided by the GST  Council where the Central Government and  all the state governments together deliberate and take decisions.
It is further clarified  that inputs for manufacture of hand sanitizers are  chemicals packing material, input services,  which also attract a GST rate of 18%. Reducing the GST rate on sanitizers and other similar items would lead to an inverted duty structure and put  the domestic manufacturers at disadvantage vis-a-vis importers. Lower GST rates help imports by making them cheaper. This is against the nation’s policy on Atmanirbhar Bharat. Consumers would also eventually not benefit from the lower GST rate if domestic manufacturing suffers on account of inverted duty structure.

GST trouble: Traders are troubled, summons is being issued